Rugby player and rower Robbie Mills who won this year’s Impartial Reporter ‘Young Sports Personality of the Year’, has received a Greg Turley Bursary Award. Robbie received the award at the Impartial Reporter’s Celebration of Sport at the Lough Erne Resort. 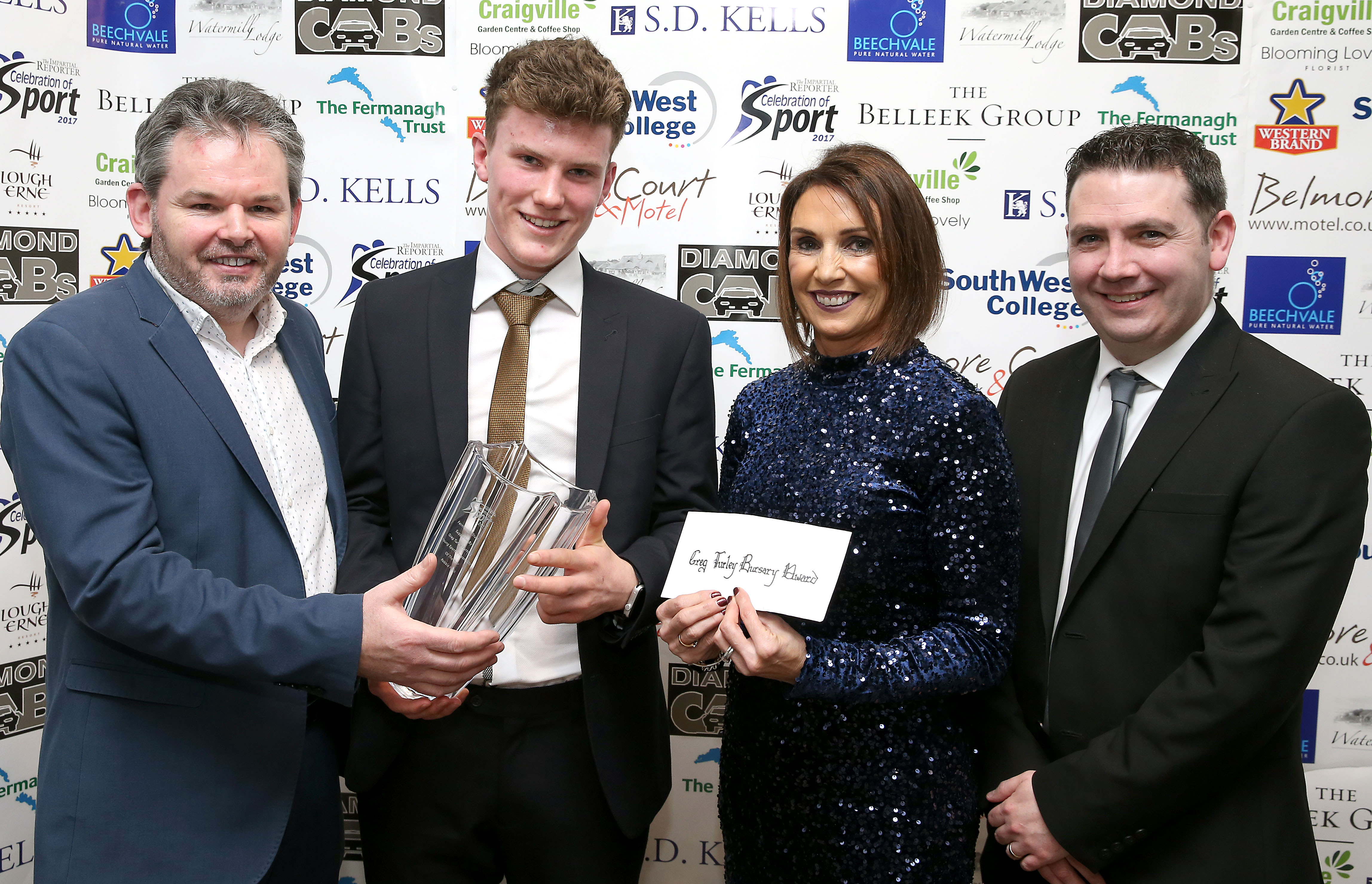 The awarding of the Greg Turley Bursary Award is to reflect that achieving any sporting goal takes huge commitment and resources, and this will help support Robbie’s endeavours over the coming years.


Lauri McCusker, Director of the Fermanagh Trust which administers the Greg Turley Bursary Awards said “Congratulations to Robbie on becoming ‘Young Sports Personality of the Year’ and well done to all the other winners at the Impartial Reporter’s Sports Awards. Robbie is an excellent ambassador to Fermanagh’s young sports stars, with a promising set of sporting talents and we wish him every success in the future. Providing the Bursary to Robbie is a fitting way of celebrating Greg Turley’s memory and continuing his work of helping others.”


The Greg Turley Bursary Awards – established after the death of the popular St Michael’s College teacher, support young people in the fields of community service, sport, music and drama. For more information on the awards CLICK HERE

NEW PROJECT WILL IMPROVE LEADERSHIP IN THE WEST’S COMMUNITY GROUPS

An ambitious project to identify and develop leaders and help secure a positive future for the volu...

Koulla Yiasouma, the Northern Ireland Commissioner for Children and Young People, paid a visit to F...

Fermanagh House has donated toys to a number of local charities’ Christmas appeals. Each year...