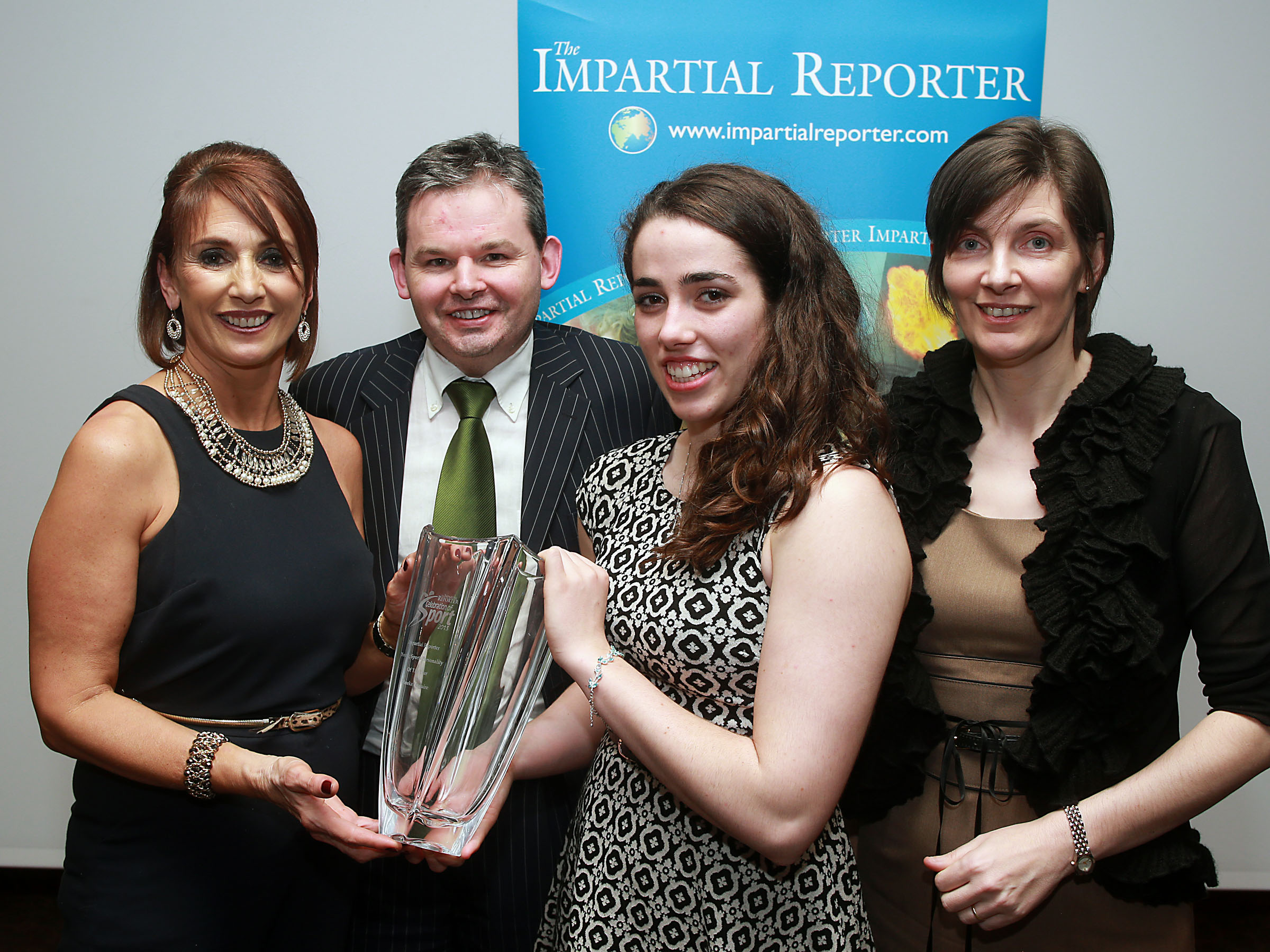 Dineka Maguire who won this year’s Impartial Reporter ‘Young Sports Personality of the Year’, has received a grant from the Greg Turley Bursary Awards. The 18 year old former Portora student from Belleek received the award as part of the Impartial Reporter’s Celebration of Sport at the Lough Erne Resort. Special guest of honour at the ceremony was British Lions, Ireland and Ulster star Tommy Bowe.

In what was another outstanding year for Fermanagh’s sports people, in particular the young people, Dineka received a number of accolades including becoming the Junior 18 Pairs Irish Rowing Champion. She became Bog Snorkelling World Champion for the fourth year in a row and set a new world record. She won gold, silver and two bronze at the National Pool Life Saving Championships and an Ulster School’s bronze medal in shot putt and discus. As well as this Dienka was selected for the Irish Surf Life Saving Squad for the fourth year.

Lauri McCusker, Director of the Fermanagh Trust said “Greg Turley was a unique individual who contributed so much to the lives of other. Supporting the ‘Young Sports Personality of the Year’ is a fitting way of celebrating his memory and of continuing his work of helping others. Congratulations to all the winners and especially to Dineka. She is a multi-talented individual who is highly motivated, ambitious and committed and we wish her every success in the future”.

The Greg Turley Bursary Awards, administered by the Fermanagh Trust, were set up after the death of the popular and inspirational St Michael’s College teacher. The Awards support young people the fields of community service, sport, music and drama. For more information 'click here'