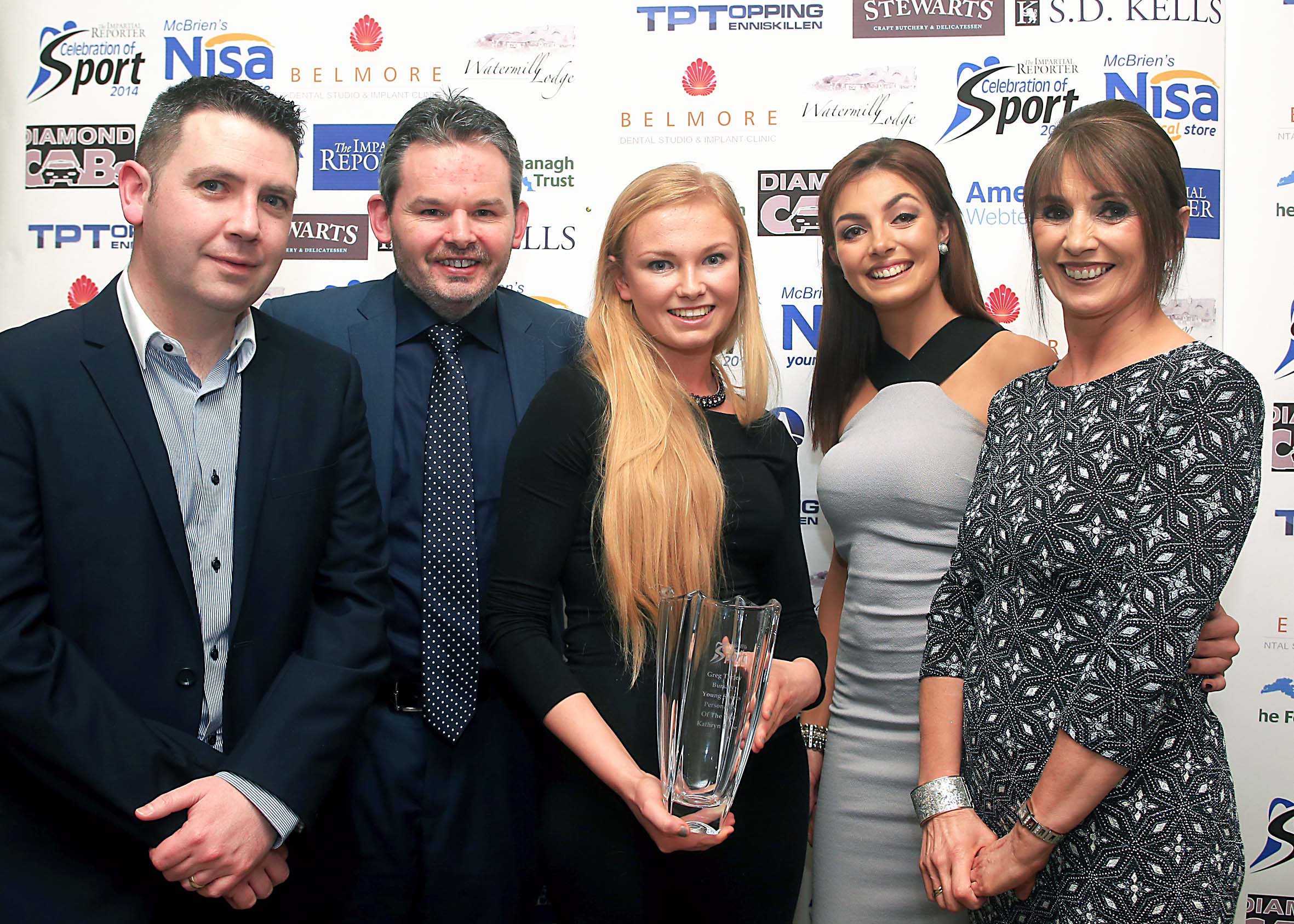 The latest recipient of the Greg Turley Bursary Award was the multi-talented hockey, rugby and football player Kathryn Dane. The Award was presented as part of the Impartial Reporter’s Celebration of Sports Awards to Kathryn when she won ‘Young Sports Personality of the Year’.

The star studded event at the Lough Erne Resort, attended by just under 300 people, was undoubtedly a fitting tribute to Fermanagh’s latest sporting talent of all ages.

Lauri McCusker Director of the Fermanagh Trust, which administers the Greg Turley Bursary Awards said “Congratulations to Kathryn. She is indeed a worthy winner and an excellent ambassador to Fermanagh’s young sports stars. Kathryn is incredibly talented and no doubt has a bright future ahead.”

The Greg Turley Awards were established after the death of the popular and inspirational St Michael’s College teacher as a way of perpetuating his memory, and of continuing his work of helping others in a practical way. The Awards support young people in the fields of community service, sport, music and drama. For more information click here.