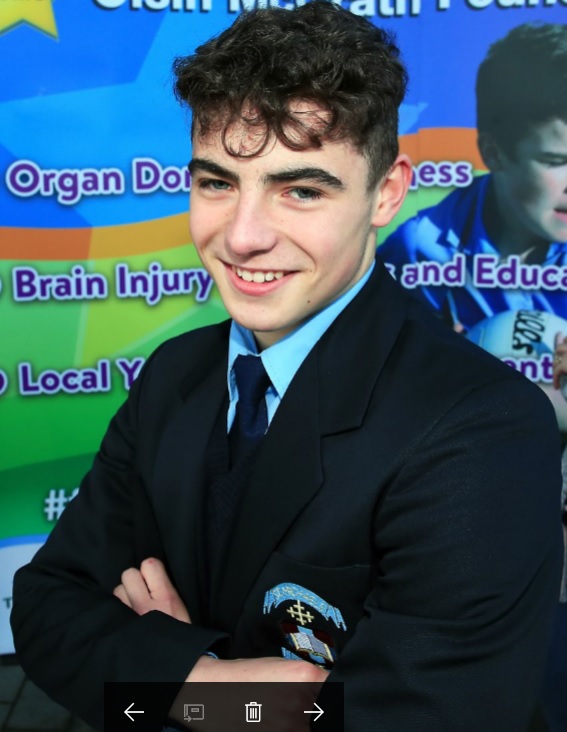 The awarding of the Greg Turley Bursary Award is to reflect that achieving any sporting goal takes huge commitment and resources, and this will help support Niall’s endeavours over the coming years.

Since the age of four Niall has played football for Ballinamallard United, representing club and county at a number of tournaments. In 2014 he became a member of the prestigious Irish Football Association Elite programme, which involves travelling to Jordanstown three times a week for training. The programme develops the technical and tactical ability of those selected and provides a pathway through to Youth and Senior International teams as well as to cross channel and Irish League Clubs.

In the last three years Niall has represented Northern Ireland at U15, U16 and U17 age groups, playing in the Victory Shield and helping to win a European Development Tournament. He has been described by his coaches as a promising young player who consistently performs to a high level and leads by example on the pitch. Currently Niall is aiming to gain selection for the Northern Ireland U18 squad.

Lauri McCusker, Director of the Fermanagh Trust which administers the Greg Turley Bursary Awards said “Congratulations to Niall on becoming ‘Young Sports Personality of the Year’. He is an excellent ambassador to Fermanagh’s young sports stars, with a promising career and we wish him every success in the future. Greg Turley was a unique individual who contributed so much to the lives of others. Providing the Bursary to Niall is a fitting way of celebrating his memory and continuing his work of helping others.”

The Greg Turley Bursary Awards – established after the death of the popular St Michael’s College teacher, support young people in the fields of community service, sport, music and drama. For more information on the awards CLICK HERE.