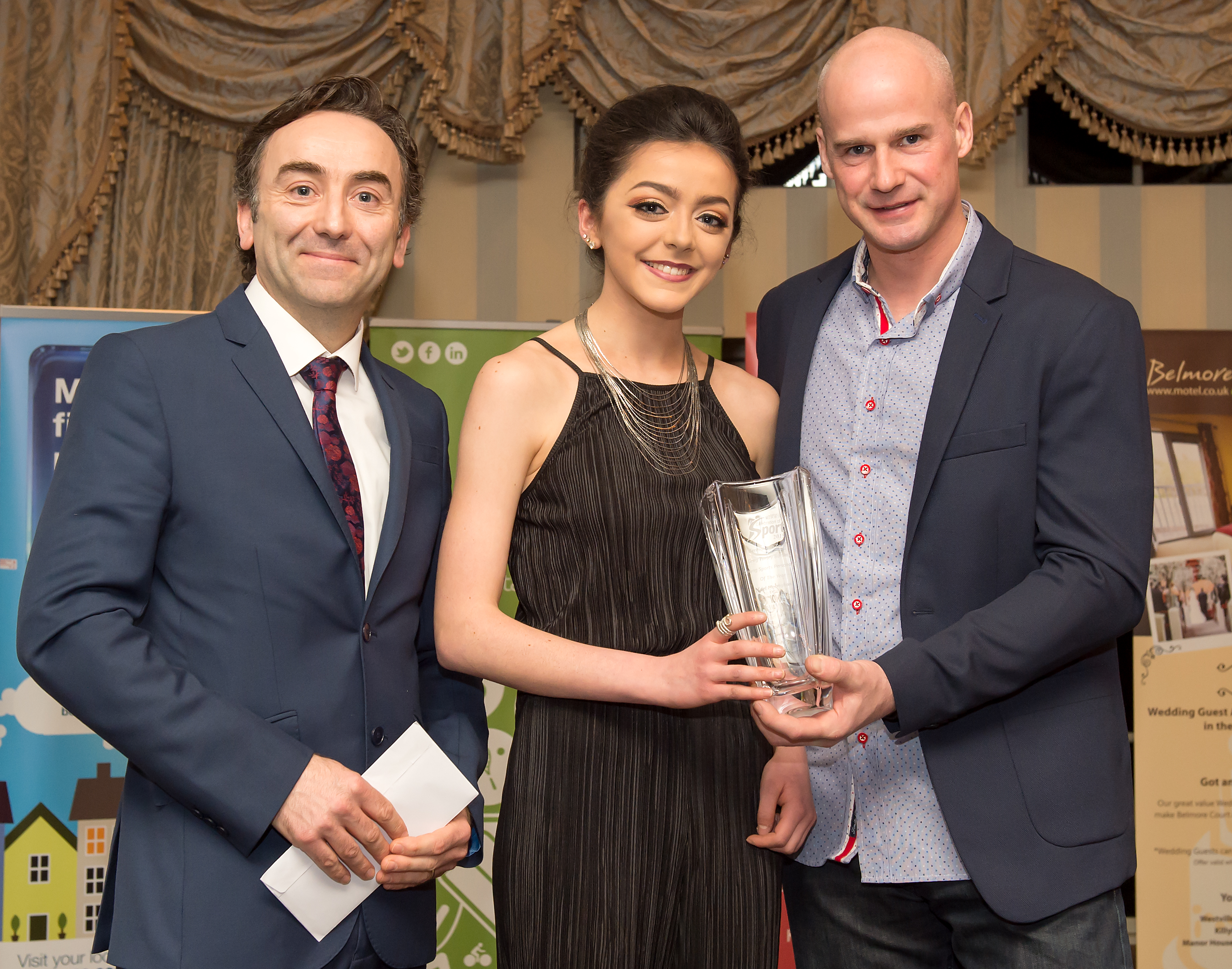 Enniskillen Running Club junior athlete Edel Monaghan, who won this year’s Impartial Reporter ‘Young Sports Personality of the Year’, has received a Greg Turley Bursary Award. The 17 year old from Irvinestown received the award as part of the Impartial Reporter’s Celebration of Sport at the Lough Erne Resort.

It was another outstanding year for Fermanagh’s sports people and the excellence of the county’s youngsters was accentuated by over half of the nominees and categories being aged 18 and under. The Young Sports Personality award goes to the young person that has enjoyed a brilliant sporting year and has also shown the potential to progress their career further. In addition, the awarding of a Greg Turley Bursary Award is to reflect that achieving any sporting goal takes huge commitment and resources, and will help support Edel’s endeavours over the coming years.

The highlight of Edel’s career to date has been winning 2 silver medals at the Ulster Cross Country Championships last November. She in then went to lead her team to sixth place at the Inter-Clubs Cross Country Championships in Dublin where she was rewarded with an all Ireland individual medal and she helped Ulster win a provincial bronze medal. In January Edel competed for the Ulster U20 team in the Celtic Games International Cross Country races held in Edinburgh. There she had a great run to come ninth overall and among the top Irish finishers. At the annual IAAF Antrim International Cross Country Edel had another superb run for second place in the U17 race.

Lauri McCusker, Director of the Fermanagh Trust which administers the Greg Turley Bursary Awards said “Congratulations to Edel, she is an excellent ambassador to Fermanagh’s young sports stars and we wish her every success in the future. Greg Turley was a unique individual who contributed so much to the lives of others. Providing the Bursary to Edel is a fitting way of celebrating his memory and continuing his work of helping others.”

The Greg Turley Bursary Awards – established after the death of the popular St Michael’s College teacher, support young people in the fields of community service, sport, music and drama. For more information on the awards