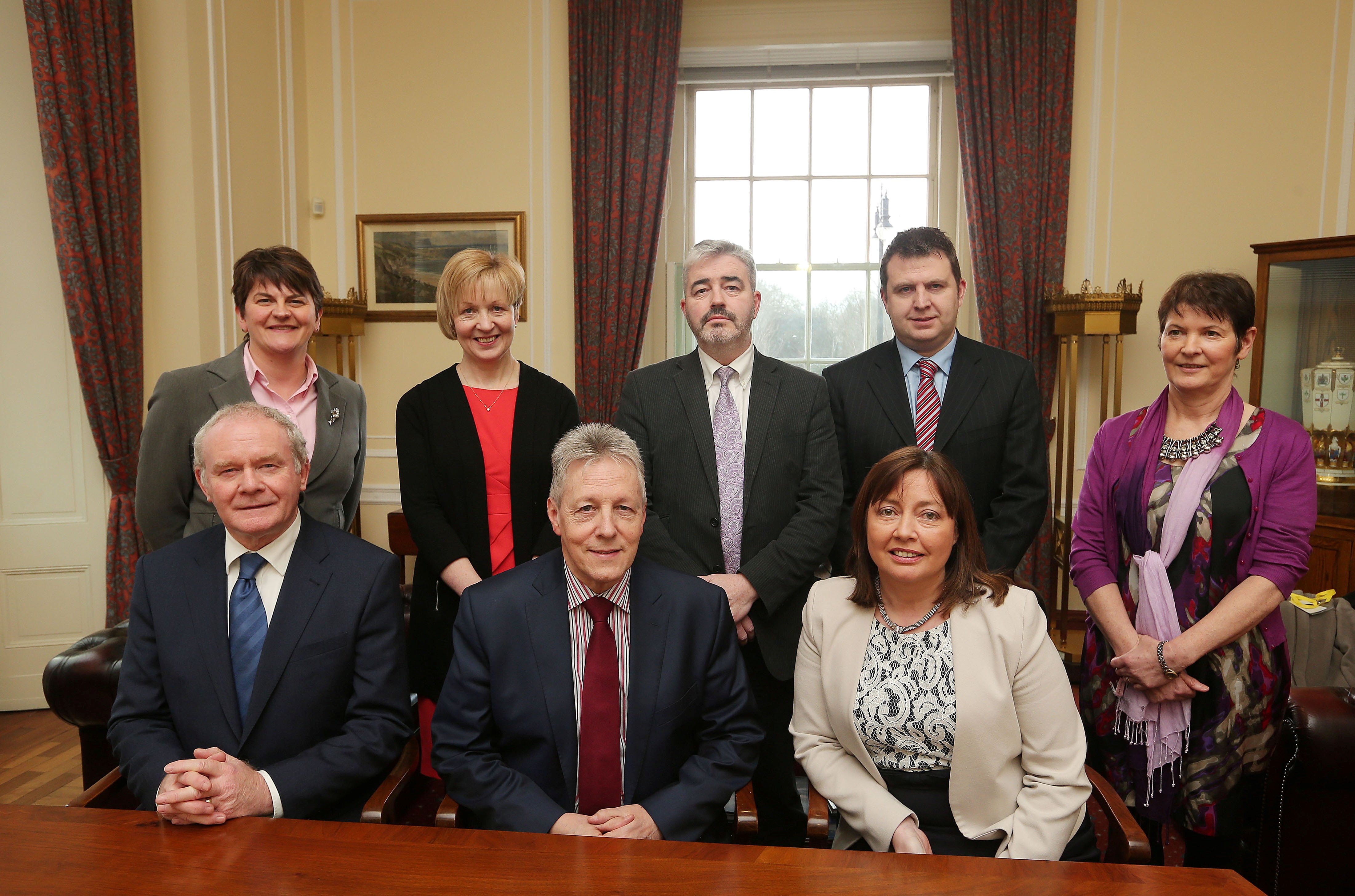 On top of widespread support from throughout the community, plus the backing and facilitation of WELB and CCMS, Brookeborough’s schools received powerful allies after the First Minister and Deputy First Minister weighed in behind their Shared Education Campus plans.

Representatives from Brookeborough PS, St Mary’s PS and the Fermanagh Trust met with Peter Robinson and Martin McGuinness at Stormont to discuss their innovative model which would involve a high level of sharing. For Brookeborough this ground breaking solution, which would be the first of its kind in Fermanagh, is seen as the natural evolution after over 40 years of collaboratively working together.

The Shared Education Campus Programme was launched under OFMDFM’s ‘Together: Building a United Community’ initiative with the specific aim of enhancing the quality and extent of shared education provision. The two schools have made their submission and are awaiting the Department of Education’s decision which is expected in June.

Speaking after the meeting local MLA and Enterprise Minister explained that both Ministers were won over by the Brookeborough plans. “Both the First Minister and Deputy First Minister were certainly impressed by the visionary leadership of the schools who have in many instances led the way when it comes to shared education. It was a meeting which inspired them to comment that there needs to be more villages just like Brookeborough throughout Northern Ireland. I am of course supportive of the proposal for a shared campus and look forward to a positive response from the Education Minister”.

Cllr Sheamus Greene, who sits on the Board of Governors of St Mary’s PS said “I’m delighted that the presentation from the schools received such a positive response from the First Minister and Deputy First Minister. Brookeborough’s shared campus plans are also supported by the council, local churches, education authorities and the wider community.”

Together the pupils have taken part in a number of shared classes and projects with schools even on occasion sharing a teacher. There has also been numerous drama performances and the schools’ joint choir won first prize in the choral verse section at the Fermanagh Feis.

A community consultation was held last year which showed overwhelming school, parental and community support for the development of a shared campus in Brookeborough. Almost all respondents said they wanted to see shared facilities including a canteen, playground, classroom and library. Last May principals, teachers and boards of governors visited two shared campuses in Scotland to see on the ground the advantages from an educational, community and economic perspective that are possible through the establishment of a shared campus.

Hazel Gardiner Principal of Brookeborough PS explained how the relationship between the two schools has blossomed over time. “Over many years Brookeborough PS and St Mary’s PS have reached out the hand of friendship, working together in the interests of our pupils and the broader community. In more recent years thanks to funding from the Fermanagh Trust via Atlantic Philanthropies and International Fund for Ireland the schools have been able to partake in a wider range of activities and develop even closer bonds. Building on this work the Fermanagh Trust’s facilitation, guidance and expertise has been instrumental in advancing shared education in the area.”

Dermot Finlay Principal of St Mary’s PS added “Our pioneering work together has resulted in excellent educational and societal outcomes and as we discussed with the First Minister and deputy First Minister, a shared campus will allow us to build on the good work. It is also, as the Education Minister has been asking for, a bottom-up local solution which meets local needs.”