Local star Josh Brownlee, goalkeeper with Linfield FC U17, has received a Greg Turley Bursary Award. Josh will use the bursary towards the costs of his intense training routine. 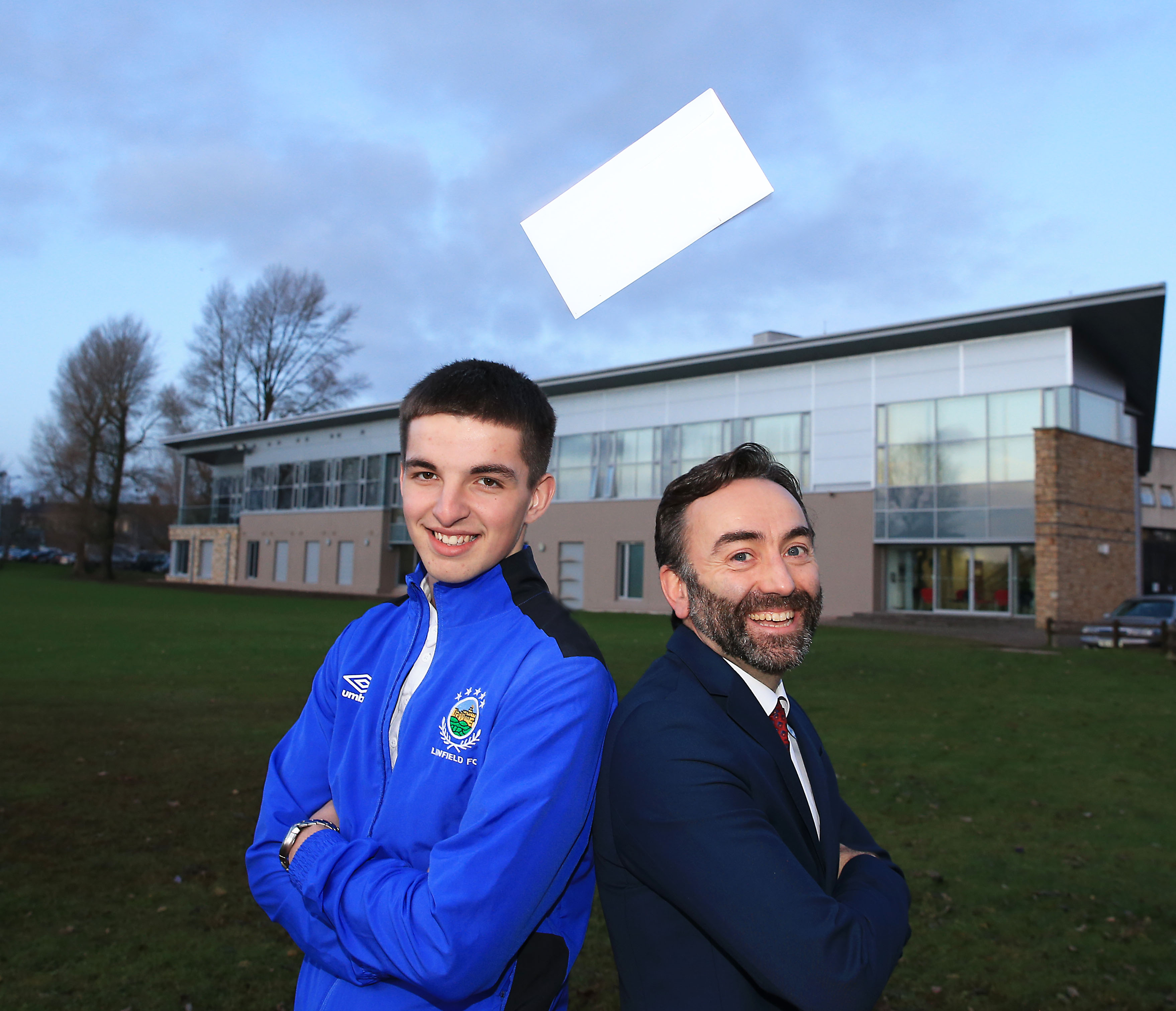 The Greg Turley Bursary Award, administered by the Fermanagh Trust were established in memory of the popular and inspirational St Michael’s College teacher to support young people in the fields of community service, sport, music and drama.


Josh began playing at Ballinamallard FC in P1. He has competed in numerous tournaments as he has developed throughout the club. In the position of goalkeeper Josh was delighted to be selected and represent his county as a member of the Junior Fermanagh Milk Cup and the Fermanagh Premier Supercup.


Josh was a member of the Club NI Programme from Easter 2015 during which he played home matches against Estonia and travelled to play against Slovakia. Josh gained huge experience with this programme which helped develop his goalkeeping and team working skills.


In summer 2016 Josh was contacted by Linfield FC U17 team who were keen to have him join. After much consideration, Josh made the decision to join as he knew the goalkeeping coaching on offer would enhance his development. He now gets the opportunity to train alongside Roy Carroll, NI international goalkeeper. Within Linfield FC Josh’s talent is being nurtured and developed rapidly.


Josh has been described by his coaches as a goalkeeper with great potential and the skills to one day progress to the highest level. At only 16 years old he has outstanding ability and dedication, travelling almost 200 miles to and from training and matches.


Sean Carlin, member of the Greg Turley Bursary Award advisory committee said “Greg Turley contributed in so many ways to the lives of others, so much so that these Awards were established as a way of perpetuating his memory and continuing his work of helping others in a practical way. Josh is an incredibly talented young goalkeeper and we hope this funding will help support his future ambitions. He has shown professionalism and discipline which could take him all the way to the top and we wish him every success.”