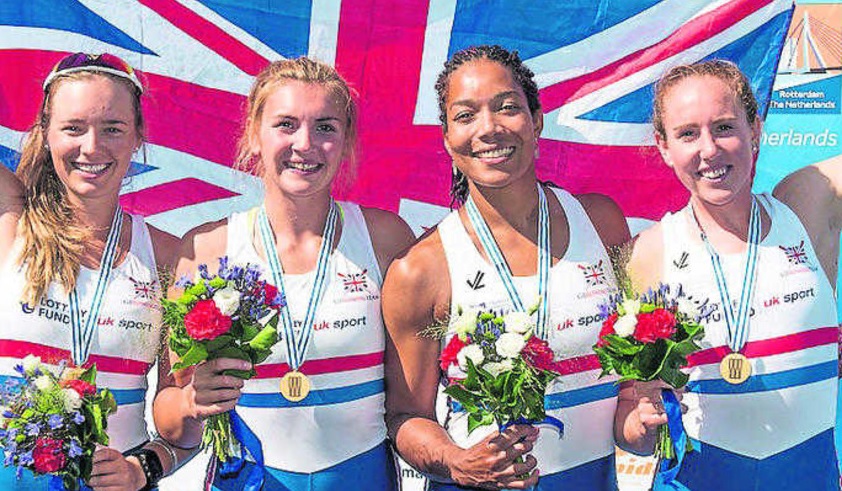 Enniskillen rower Holly Nixon, 22, has secured a gold medal at the World Rowing Championship in Rotterdam. Holly, who’s rowing career has been supported by the Fermanagh Recreational Trust for a number of years, was victorious in the women’s Four as part of the Great Britain quartet at the event.


A graduate of Portora Boat Club, Holly’s gold medal add to a World Junior Sculls silver medal while rowing for Ireland in 2011 and a World U-23 bronze medal with the GB women’s eight in 2015.


Holly was a recipient of a number of grant award from the Fermanagh Recreational Trust. The fund, administered by the Fermanagh Trust supports the organisation, development and funding of recreational activities and facilities in County Fermanagh with particular emphasis on young people and youth development.


After clinching her first gold medal at a major championship Holly is now dreaming of Olympic success in Tokyo. Speaking to the Belfast Telegraph after the win she hopes this is the first step along the road to fulfilling a lifetime ambition. “The Olympics in Tokyo is definitely a dream. Some people will think that with the Rio Olympics finishing that is the end of the cycle but it is the start for me and fingers crossed we’ll see what happens – you never know.”


James Cooper, Chairman of the Fermanagh Recreational Trust said “Huge congratulations to Holly from all at the Fermanagh Recreational Trust. What an achievement in her first year competing at senior level with Great Britain, becoming Fermanagh’s first ever senior World Championship medal winner. Holly has incredible talent and no doubt an even bigger future ahead. An excellent ambassador to Fermanagh’s young sports stars and we wish her every success for the future.”


For more information on the Fermanagh Recreational Trust CLICK HERE