Talented pianist Oisin McManus has been awarded a Greg Turley Bursary. The St Michael’s College student is hoping for a future career in music and is trying to fit in as much experience and development before making his way to university in preparation for the competitive music industry. 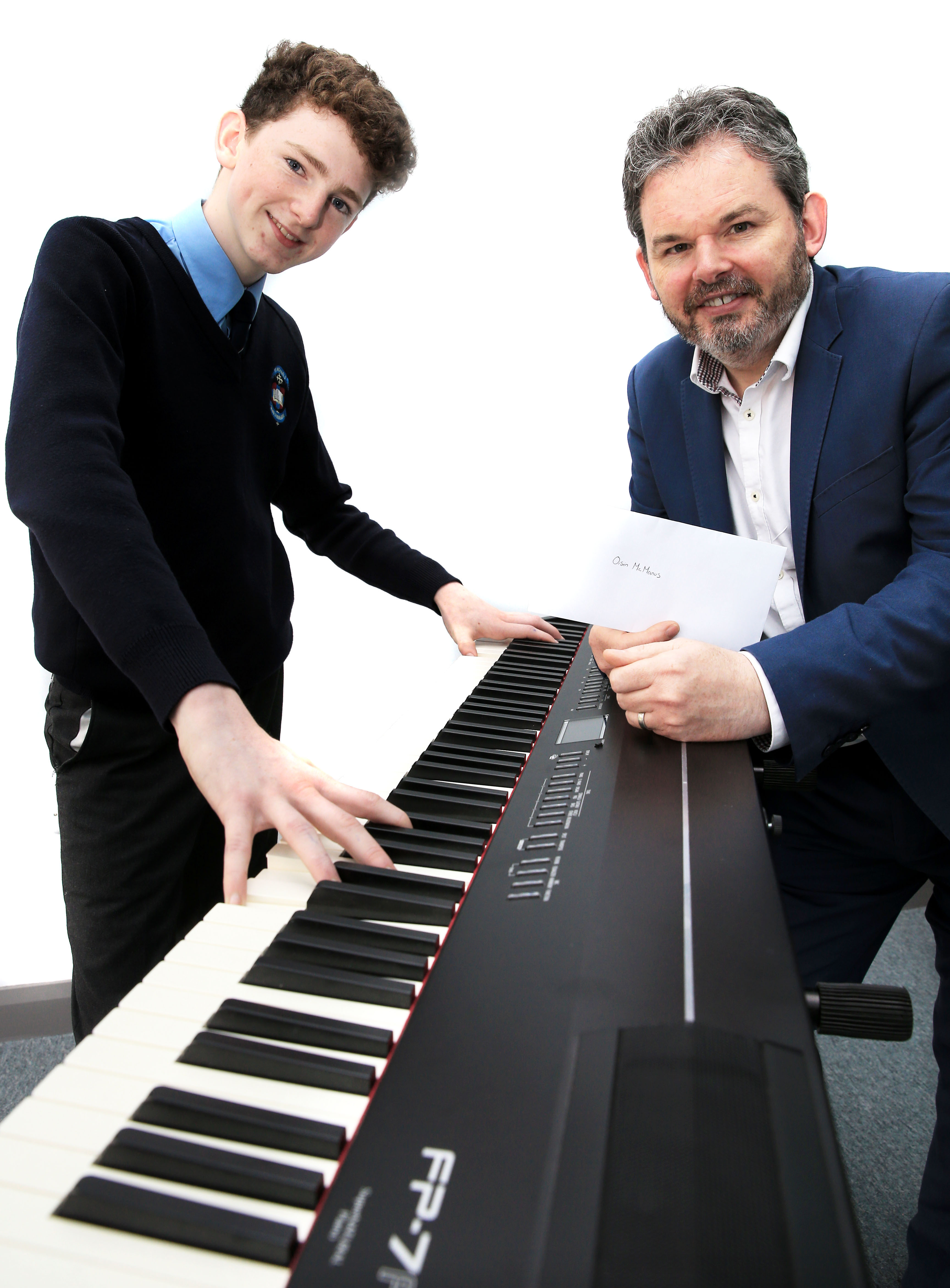 Oisin McManus and Lauri McCusker, Director of the Fermanagh Trust


In addition to his examination success, achieving Distinction in the 8 grades he completed on piano, Oisin has performed for the wider community in school concerts and the Fermanagh Feis, again with considerable success. He received ‘Most Outstanding Pianist Award’ as well as ‘Young Musician of the Year in Fermanagh’.


Recently Oisin was one of only three candidates in Northern Ireland who successfully auditioned for a prestigious week-long Masterclass in piano studies in Bath. He was also chosen to receive monthly lessons from an international Russian piano teacher located in London. These intensive courses have helped develop his technique significantly.


Most recently, at the Fermanagh Feis, the adjudicator awarded Oisin one of the highest marks he has ever given to a young performer and invited him to the BBC in Belfast to record him playing. The adjudicator commented that he felt Oisin’s playing should be heard by the wider audience which radio affords.


Oisin’s bursary will go towards weekly organ lessons with former piano teacher William McBride, as well as other developmental support. This will open up many more performance opportunities in the future as well as developing quality of performance when playing in front of a larger crowd.


Sean Carlin, member of the Greg Turley Bursary Award advisory committee said “Greg Turley contributed in so many ways to the lives of others, so much so that these Awards were established as a way of perpetuating his memory and continuing his work of helping others in a practical way. Oisin is an incredibly talented young musician, described by his tutors as ‘remarkable’, in a league of his own when it comes to playing the piano and continues to develop at an amazing rate. We hope this funding will help support his future ambitions. He has shown professionalism and discipline which could take him all the way to the top and we wish him every success.”