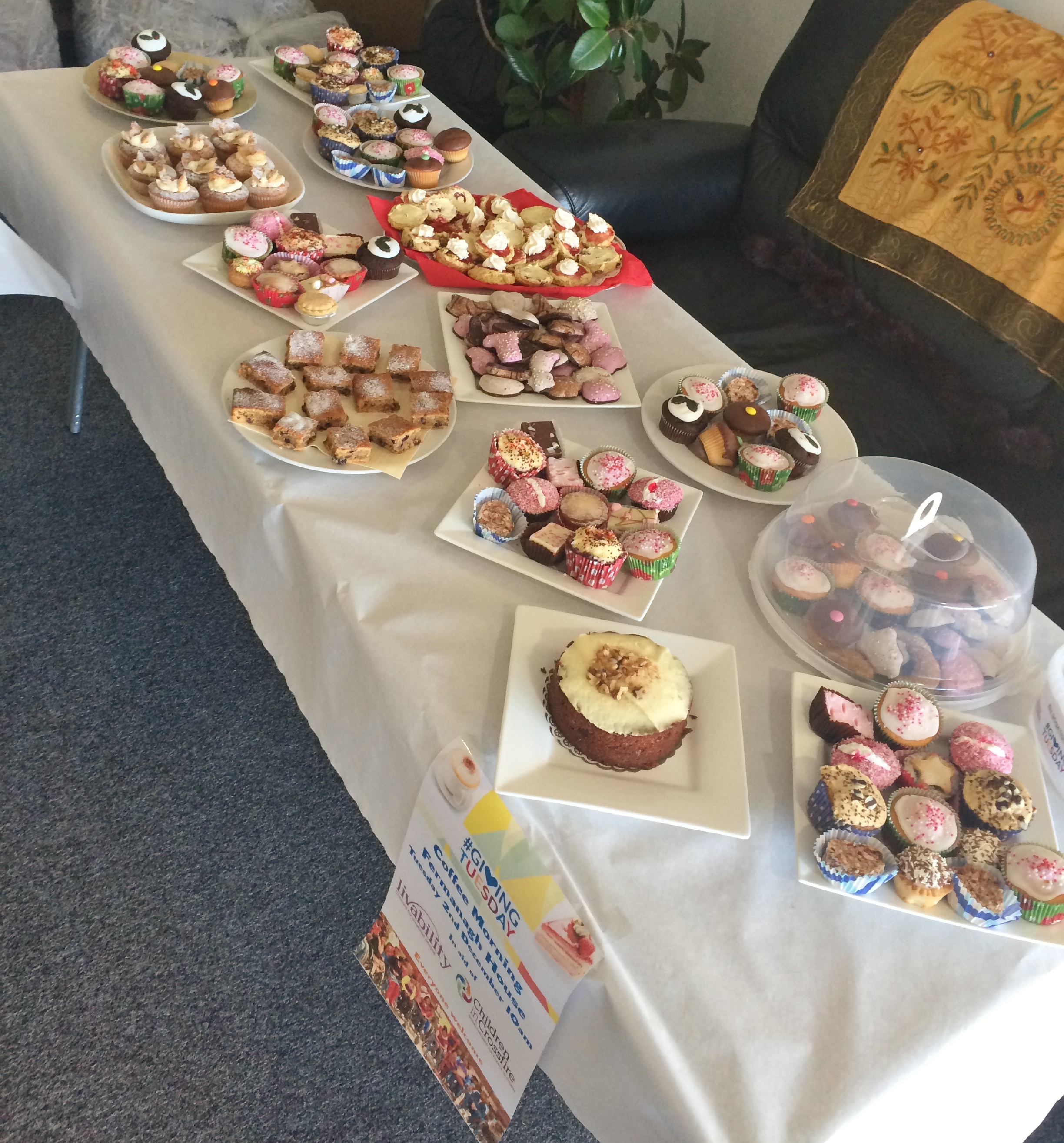 A coffee morning hosted by the Fermanagh Trust at Fermanagh House as part of the global phenomenon Giving Tuesday has raised over £500 for charity. The money raised will go to two locally based charities both doing invaluable work overseas – Livability, whose overseas programmes support the development of rehabilitation services for people with disabilities in Asia and Children in Crossfire who support early childhood development to improve children’s health and education.

Giving Tuesday hit the UK for the first time on December 2nd, with the Fermanagh Trust being one of the first in Northern Ireland to sign up. The grassroots movement which began nearly three years ago in the US provides a charitable antidote to the pre-Christmas consumer boom, falling directly after Black Friday and Cyber Monday. The idea being to have a day of doing good following two of the biggest shopping days, asking people to do one simple charitable act, making a donation, volunteering your time etc.

Lauri McCusker Director of the Fermanagh Trust said “We were really keen to bring this inspiring and clever initiative of Giving Tuesday to County Fermanagh. To raise over £500 in just one morning for these two important and vital charities was fantastic. Thank you to everyone who attended our coffee morning and made donations. Thanks also to all of the staff throughout Fermanagh House, Scott’s Bakery, Snackz and local supermarkets Asda and Dunnes Stores for their kind donations. It has been truly inspiring to see Giving Tuesday embraced in it’s first ever year. Hopefully it will capture the imagination of others and permanently establish a day in the calendar to celebrate giving and the fantastic work charities are doing.”

The campaign was brought to the UK following it’s success in the States, where online giving was up 90% and supporters included The White House, Bill Gates, Google and Facebook. It’s been a successful first Giving Tuesday here with charity donations rising 270% compared with the same day last year. The campaign’s hashtag #GivingTuesday reached over 180 million people worldwide after trending on Twitter for 11 hours.