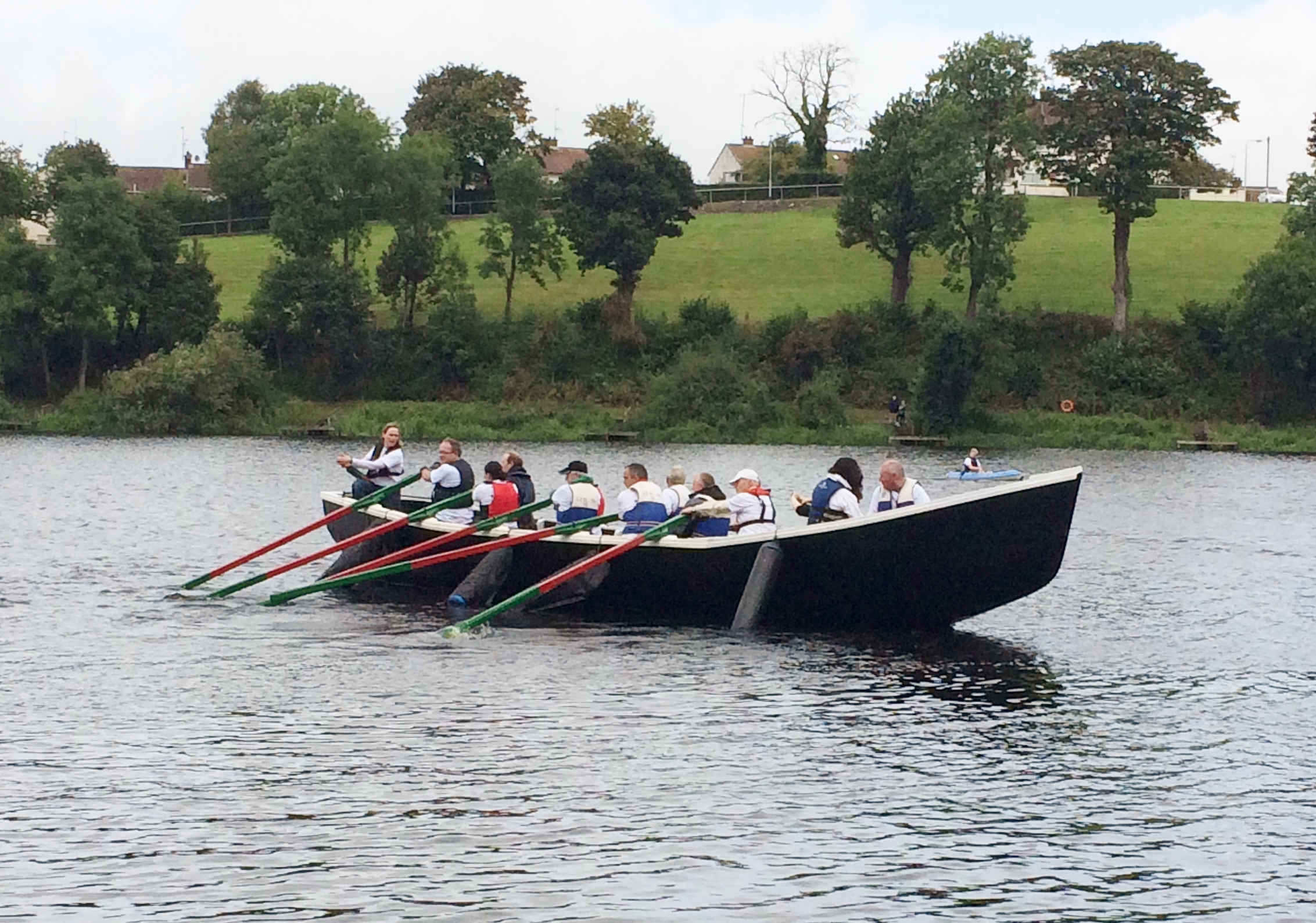 The Fermanagh Trust was delighted to take part in the procession of the new Curach through the streets of Enniskillen before it’s launch at the Round O.

Row the Erne was established at the start of the summer with around 20 boating enthusiasts. The idea grew out of the very successful trip made by the famous Comcille Currach. The boat sparked local interest in traditional boat rowing as a new activity that can get all parts of the community involved, together exploring Fermanagh’s rich marine heritage.

The community based organisation’s mission is to empower people of all abilities and ages to build and row traditional craft on the Erne Waterway System. They are open to all members of the community, with a particular focus on people with disabilities, low income families and woman and girls. Row the Erne received help building the Curach from a number of local community groups. 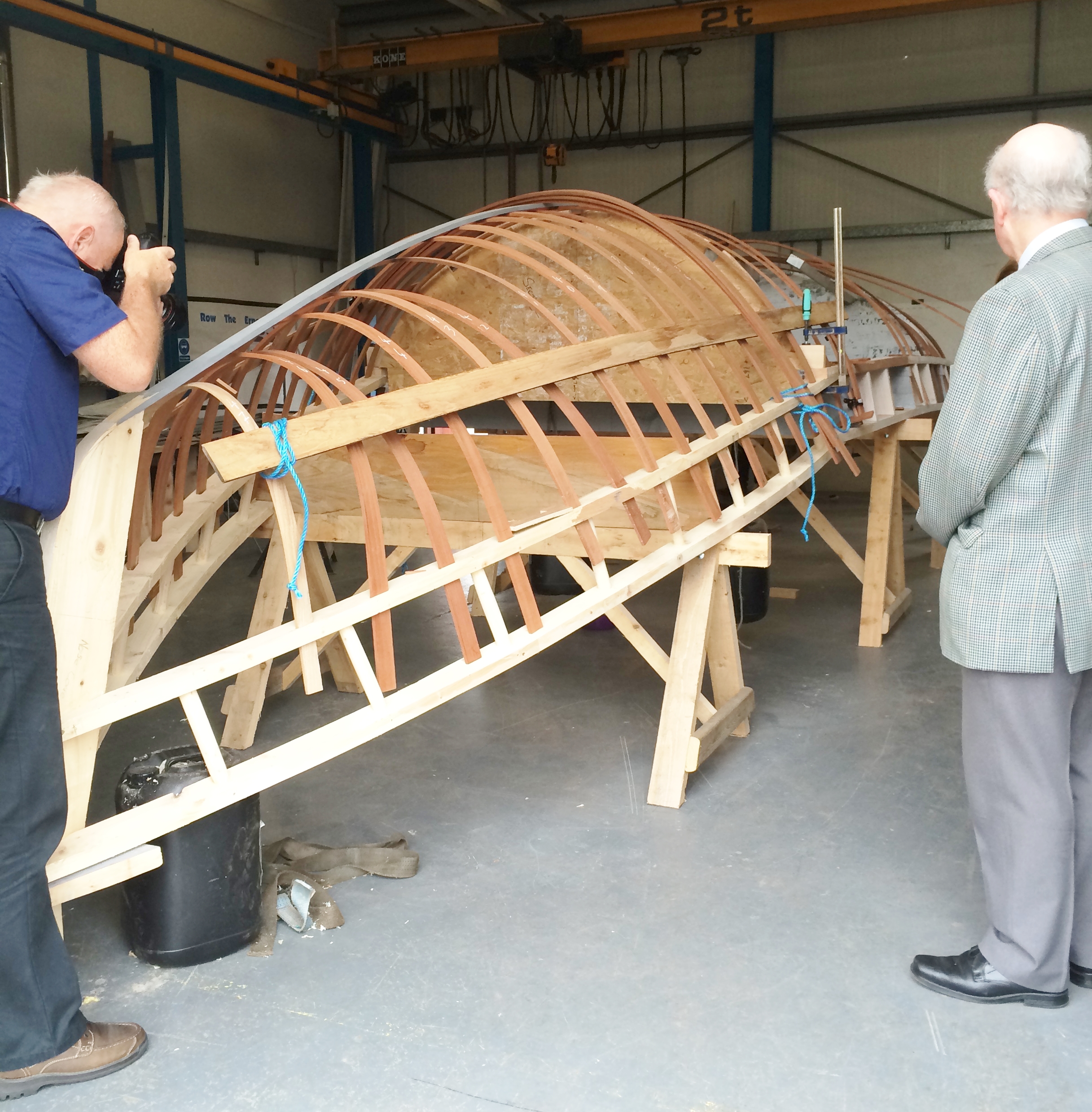 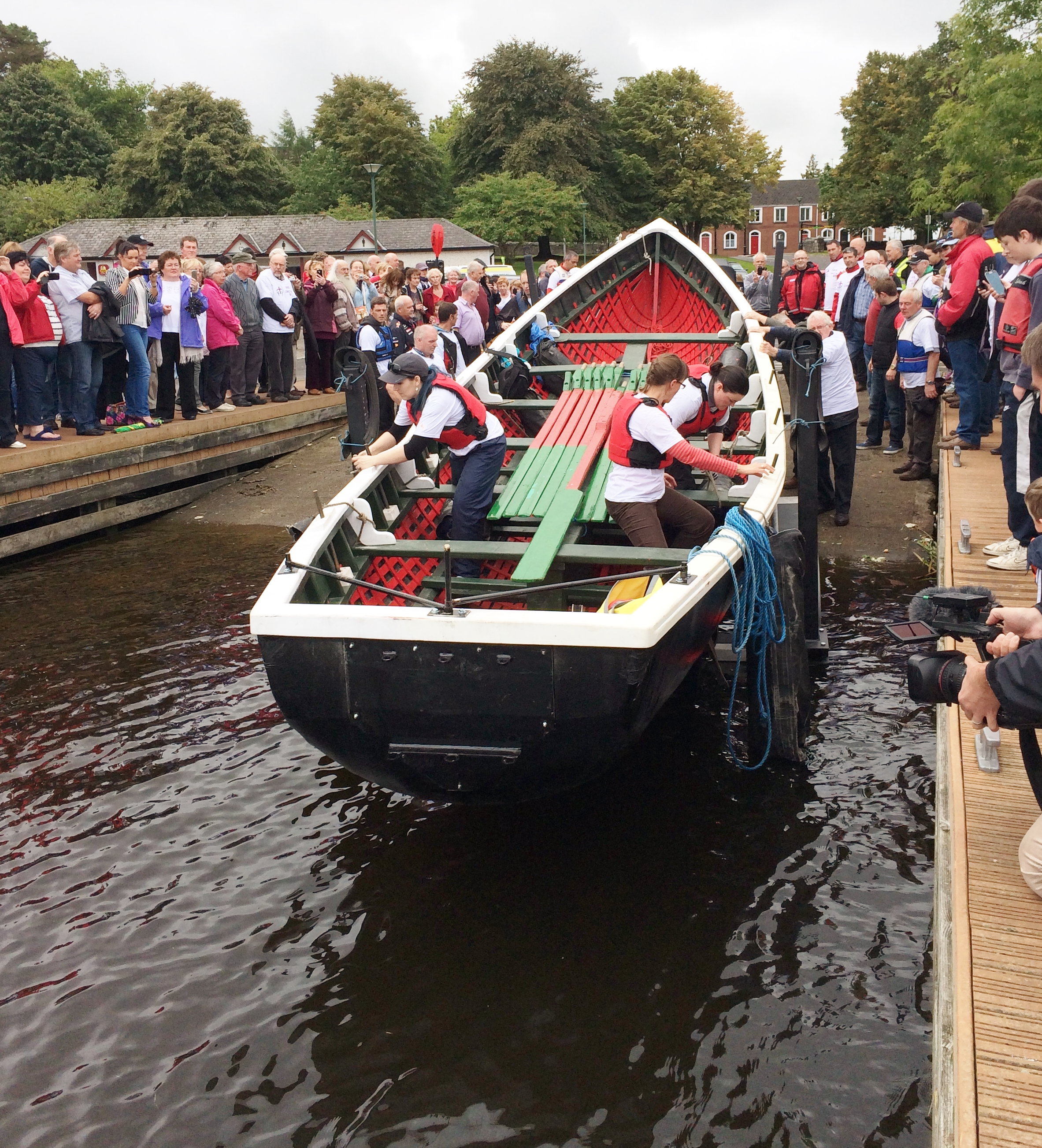 In July the Fermanagh Trust provided a grant to the project. Frank McManus, Chairman of the Fermanagh Trust said “We were keen to row in behind ‘Row the Erne’ particularly as it is all about encouraging people to get involved. It is a fantastic idea not only in terms of educating people about the history of the waterway but in the way it involves the entire Fermanagh Community.”

The ceremony at the Round O commenced with some short speeches and entertainment before the Curach was launched into the water. There it was joined by a flotilla of boats, canoes and kayaks to undertake it’s maiden voyage to the Castle Island where Row the Erne have been working to reinvigorate the location as a place to enjoy and engage in outdoor activity.

The Curach is 33ft long and will row with 10 people and 2 sails. It is a skin boat covered in canvas and tar, similar to what would have been used on the Erne Waterway as early as the 1st century during the Bronze age.

With a series of event planned, it’s clear the build was only the start for this community focussed project. Row the Erne are planning on holding regular rowing expeditions, retracing the pilgrim route up the Erne to Lough Derg; participating in the Columbanus celebrations where relevant; developing a youth squad and encourage people with disabilities to participate in the community group. To get involved visit www.rowtheerne.com