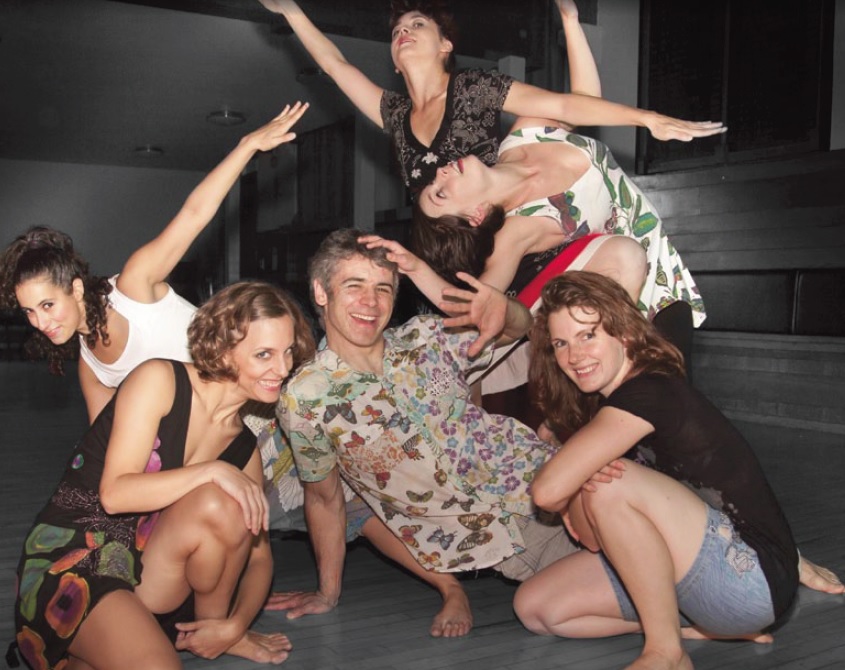 Dylan Quinn Dance Theatre (DQDT) is a Community Interest Company which was established in 2009 by Dylan Quinn. Dylan is an experienced professional dancer who identified a new opportunity to utilise his skills whilst providing a valuable service to the wider community. The company aims to promote personal, social and community development and positive wellbeing through engagement with or through arts and in particular dance. An important long term goal of the theatre is to encourage people of all ages to be involved in the arts.

A key component DQDT’s work involves the provision of dance classes. A wide range of dance classes are provided in areas such as Salsa, Zumba and Contemporary dance. Members of the public are the main beneficiaries of these classes. There are generally 4-5 classes held on a weekly basis, although on some occasions there can be up to 9 per week. Dance classes are held in a range of public venues including local leisure centres and community halls. The success of the dance classes can be demonstrated through the large numbers of people participating. The classes help people to develop their personal, social, communication and artistic skills as well as promoting positive health and well being.

DQDT also runs a large range of Outreach projects which involves going out and working with community based organisations and schools in their own settings. Two examples of the Outreach work include the Start Up and Education projects. Start Up was a project which involved Eglinton Community Centre. DQDT worked with Sole Purpose Productions and In Your Space to deliver dance, drama and circus workshops for young people living in Eglinton. This resulted in a performance in Eglinton Community Hall. DQDT has also been involved in a large number of Shared Education projects which help to integrate young people from different communities. A recent example of this involved the staging of a concert involving 140 young people from 4 different schools from across Co. Fermanagh. The concert was performed to an audience of more than 700 people at the Share Holiday Village in Lisnaskea.

DQDT operates throughout Northern Ireland; however the majority of dance classes and Outreach projects take place in Co. Fermanagh and Co. Tyrone. In addition to these services, the company also delivers a range of professional productions. Through the professional productions DQDT attempts to explore complicated social issues which may often be overlooked by society. This has seen the company extend its work beyond Northern Ireland. An example of this is the production ‘Fallout’ which raises questions about the increasing objectification of violence as entertainment. Fallout has been performed in London, Dublin (representing Ireland at the Dublin Dance Festival), Belfast and various other venues across Northern Ireland. Professional productions are an important part of the company’s operations and an area which the company intends to grow and develop further in the future.

People from all ages and backgrounds benefit from DQDT services. Dance classes and Outreach projects have huge health and social benefits, helping to improve physical and mental wellbeing as well as people’s overall fitness. These services are instrumental in bringing people from all sections of the community together; providing new social opportunities and helping to develop confidence among young people, including those with behavioural difficulties and those from disadvantaged backgrounds.

Despite being a relatively new Social Enterprise, DQDT has grown rapidly and in the financial year 2010-2011 generated a turnover of nearly £140,000.Indeed its success was recognised when it received the Northern Ireland Social Enterprise Start Up of the Year Award 2011 at the Social Economy Awards. Dylan Quinn Dance Theatre has therefore proved to be an extremely successful social enterprise which makes a valuable contribution to life in Co. Fermanagh and across Northern Ireland.

Key Points:
• The company promotes personal, social and community development and positive mental wellbeing.
• DQDT has grown rapidly and in the financial year 2010/2011 generated a turnover in the region of nearly £140,000
• DQDT received the Northern Ireland Social Enterprise Start Up of the Year Award 2011 at the Social Economy Awards.
• Further information can be found at www.dylanquinndance.org

The company operates as a Community Interest Company/Social Enterprise and has a strong focus on ensuring that its long term goals:
•  To support positive artist and creative growth and development within its  community
•  To be actively involved in initiating, supporting and creating social change through its  activities
•  To create and produce high quality dance and physical theatre performances
•  To provide an positive example to young people interested in a career in the arts