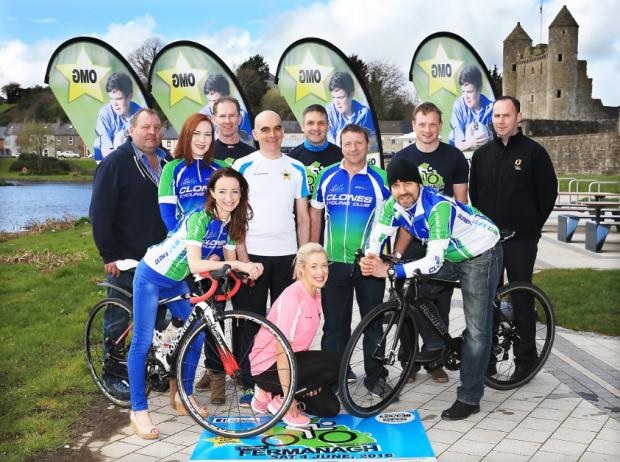 The Oisín McGrath Foundation has been chosen as the charity partner of the 2016 ‘Tour of Fermanagh’ annual charity cycle.


Now in it’s fourth year, the Tour of Fermanagh is hosted by Lisnaskea Emmetts in associations with Clones Cycling Club. Starting and finishing in Lisnaskea, the cycle will take place on Saturday 4th June, offering three individually tailored cycle routes (60km, 100km and 150km) for cyclists of all abilities and fitness levels, whilst showcasing the beautiful scenery and peaceful surroundings of County Fermanagh.


Described by the Tour of Fermanagh organiser Barry King as a local charity “that we felt was appropriate and important for us to support” the Oisín McGrath Foundation, administered by the Fermanagh Trust, was formed in memory of 13 year old Oisín McGrath from Belcoo, who lost his life tragically in February 2015.


The Foundation was inspired by Oisín’s life and formed both to keep his memory alive and to inspire others through his memory. The three strands of the foundation are organ donation awareness, brain injury research and local youth sports development.


Lauri McCusker, Director of the Fermanagh Trust said “The Tour of Fermanagh is becoming a staple part of the local sporting calendar. It is a fantastic community based event which promotes sport and raises money for valuable charity partners so it seems a great fit linking up with the Oisín McGrath Foundation and we are delighted they have done so. In a relatively short space of time the Foundation has created a huge impact and by establishing links with events like this we will see further development of that good work.”


Online registration for the Tour of Fermanagh is now open – CLICK HERE. For more information on the Oisín McGrath Foundation visit www.oisinsfoundation.com