The Oisín McGrath Foundation has received a donation from the Fermanagh Manchester United Supporters Group. The Foundation was formed in memory of 13 year old Oisín McGrath from Belcoo and is inspired by Oisín’s life and formed both to keep his spirit alive and to inspire others through his memory, in particular youth sports development. 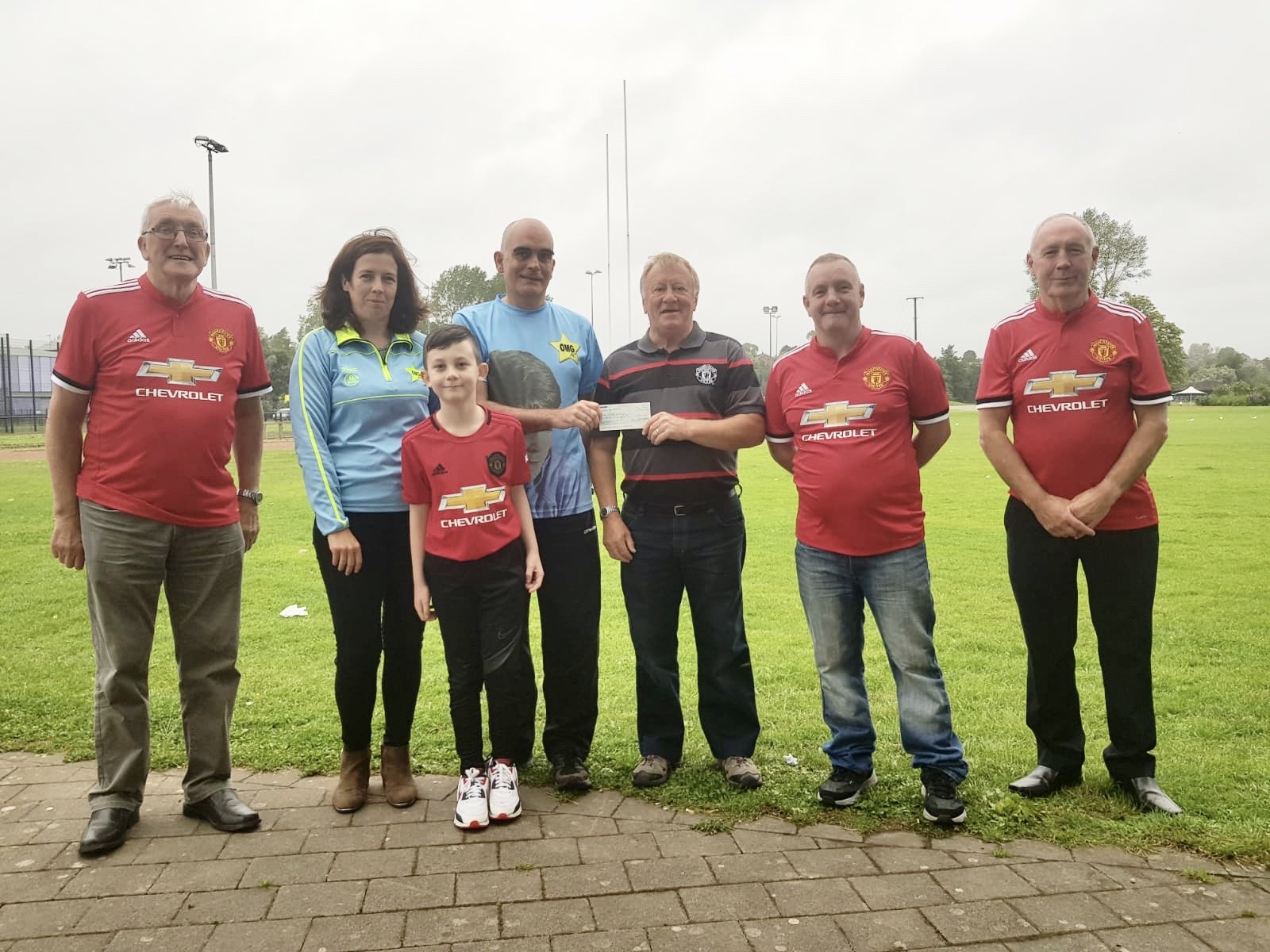 
The local Manchester United Supporters’ Group regularly take part in different fundraising events to raise money with members taking Manchester United supporters with disabilities across to see the matches. Earlier this year the Supporters’ Group was contacted by representatives in Old Trafford with a scheme that if they could raise a sum of money, they would make a match donation, on the condition that this money would be given to a chosen charity in the Fermanagh area which works closely with young people.


Group secretary Marcus Corrigan said they “drew up a list of local charities in Fermanagh that do outstanding work with young people across the county and, after much consideration, we chose the Oisin McGrath Foundation as our select charity. I am aware of the great work that the Foundation does. When we looked at the whole background and guidelines set by Old Trafford as to the charity that would qualify for this cause, we felt the Oisin McGrath Foundation was the most suitable one for us and we hope that this money can be helpful to Sharon and Nigel and the Foundation in the months and years ahead.”


Oisín’s mum Sharon McGrath commented “The Foundation brings opportunity to others alongside celebrating Oisín’s life and his love and commitment to sport. We are very thankful to the Fermanagh Manchester United Supporters Group for their kind donation and it is our hope that in the future we can support even more young people and groups, assisting them in their sports development in memory of Oisín.”