At the end of last term, after 64 years when he was a teacher at the school, Reverend Harold Good returned to Brookeborough Primary School, where he had some praise and words of encouragement for the staff and children. 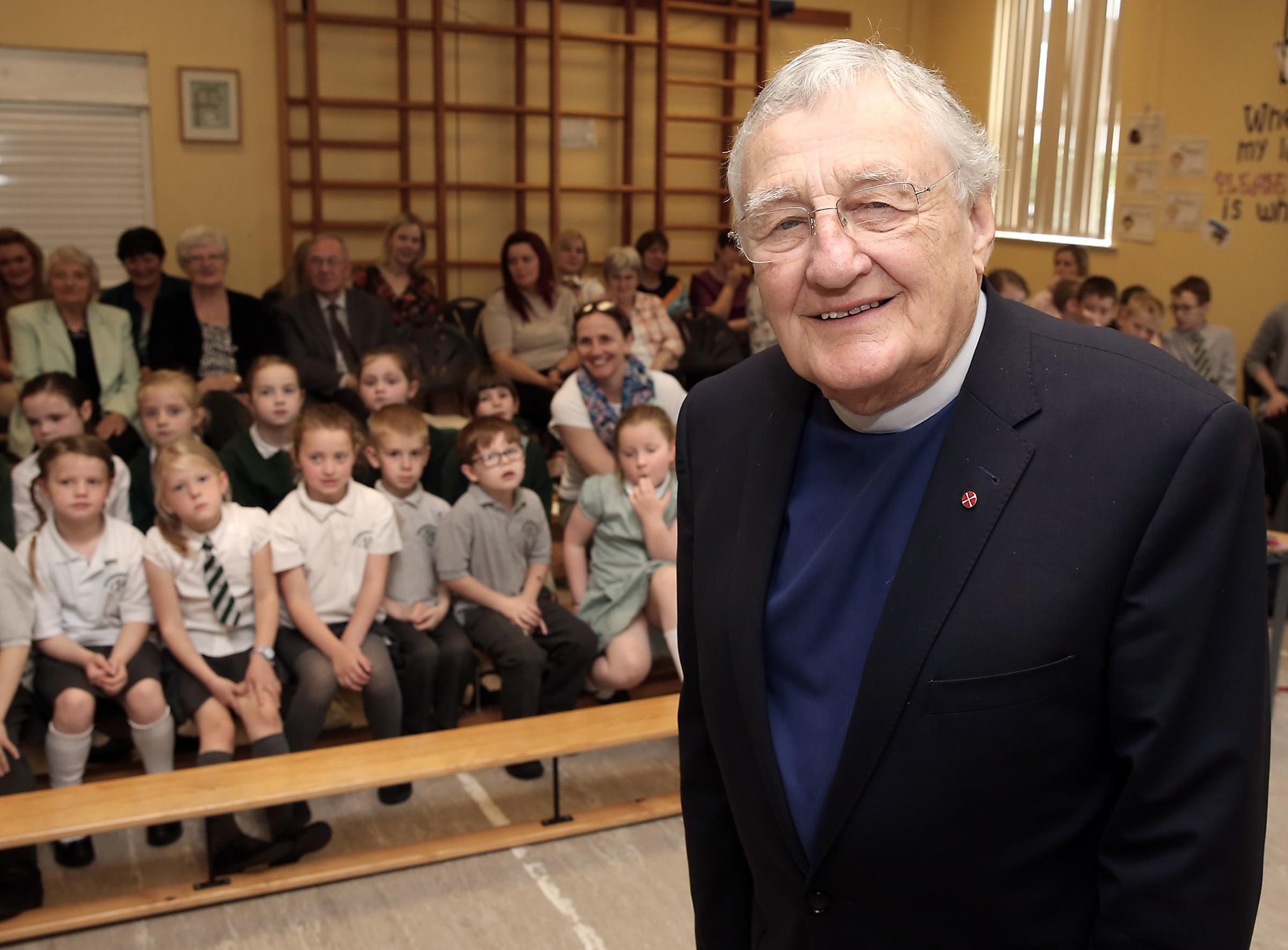 Rev. Good came to Brookeborough in 1955, spending  a year as a teacher in the school before going on to do his entrance examinations for the Methodist Ministry. An important part of the Peace Process, he was one of the two independent witnesses that oversaw IRA decommissioning following the Good Friday Agreement in 1998.  During his visit Rev.Good noted the successfully co-operation between the school and it’s Catholic counterpart, St. Mary’s Primary School.


Speaking to the Impartial Reporter Rev. Good said “There is lots of very good working between the Catholic Primary School and the Controlled school. I found that wonderfully encouraging.  It is a much more enlightened and open and inclusive place than we would have been in the past and we must build on that. Not everybody is there yet but the education and getting to know each other and working together in shared education, that encourages me greatly.”


After 50 years of successful cross-sectoral co-operation the next step for the two primary schools is a Shared Education campus in the village. This is the natural development and progression of the on-going collaboration which in recent years thanks to their participation in the Fermanagh Trust’s Shared Education programme formed a deeper partnership on a more sustained basis.


Their shared campus proposal which will involve the two schools moving onto the one site allowing them to work together more closely has overwhelming support of governors, parents, staff and the local community. It will provide enhanced and sustainable educational provision for all sectors of the community in Brookeborough and build a more shared society for the future.


In 2016 the Department of Education gave the green light to Brookeborough’s pioneering proposal, one of a number of successful projects under the Northern Ireland Executive’s Together Building a United Community strategy. A first for Fermanagh, the campus plans have previously been described by political leaders as “inspirational” and the principals have been called “trail-blazers”. The Department of Education recently said that a feasibility study is currently under review for the Brookeborough shared campus.


Due to the vision and courage of successive principals and governors in both primary schools who recognised the importance for children to develop friendships across the community, they maintained the cross-community co-operation. Over that period, generations have enjoyed the benefits of the cross-community linkages and the families have clearly shown that they want their children and grandchildren to continue to have the opportunity to learn, work and play together in the future. A shared educational campus in Brookeborough will ensure this happens.