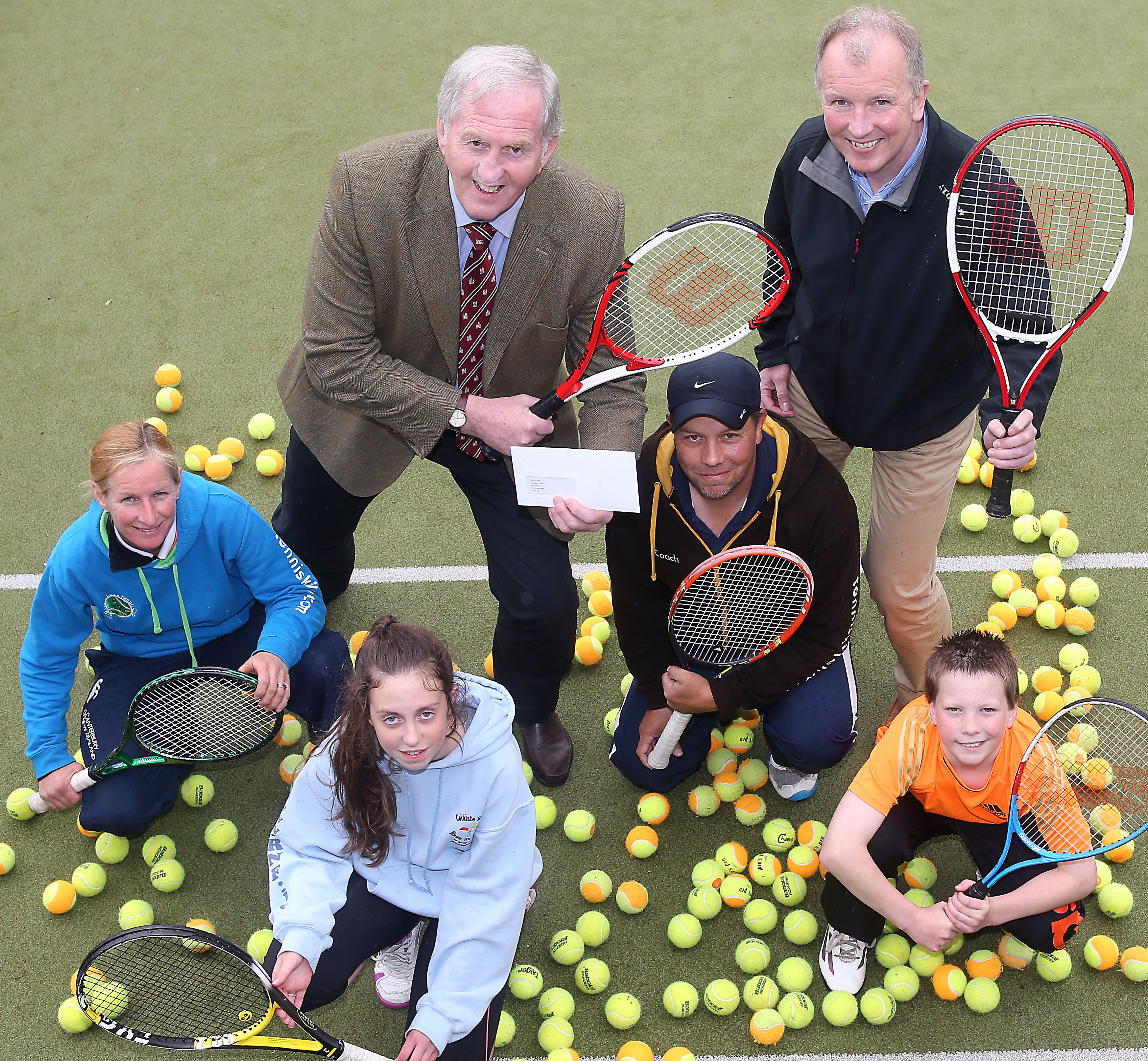 Pat Cassidy and Richard Cooper, Trustees of the Fermanagh Recreational Trust with coaches and members of Enniskillen Tennis Club

The Fermanagh Recreational Trust continues to support our local talent by awarding grants to Enniskillen Tennis Club, rowers Lloyd Seaman and Olympic hopeful Leonora Kennedy. The fund administered by the Fermanagh Trust supports the organisation, development and funding of recreational activities and facilities in County Fermanagh with particular emphasis on young people and youth development.


Leonora Kennedy from Enniskillen is a full time athlete based at the National Rowing Centre in Cork, spending up to six hours a day, seven days a week training for her sport. She has won numerous medals and is currently aiming to qualify for the Olympic Games in Rio 2016. Last year Leonora and her pairs partner were brought together to start training for their Olympic project which has resulted in a number of top 10 finishes so far.


At the World Championships later this year, the top eleven boats in the Women’s Pair will qualify for Olympics. Only two women have ever represented Ireland at the Olympics in rowing. No woman from Northern Ireland has ever rowed at the Olympics (for GB or Ireland) – Leonora aims to be the first. 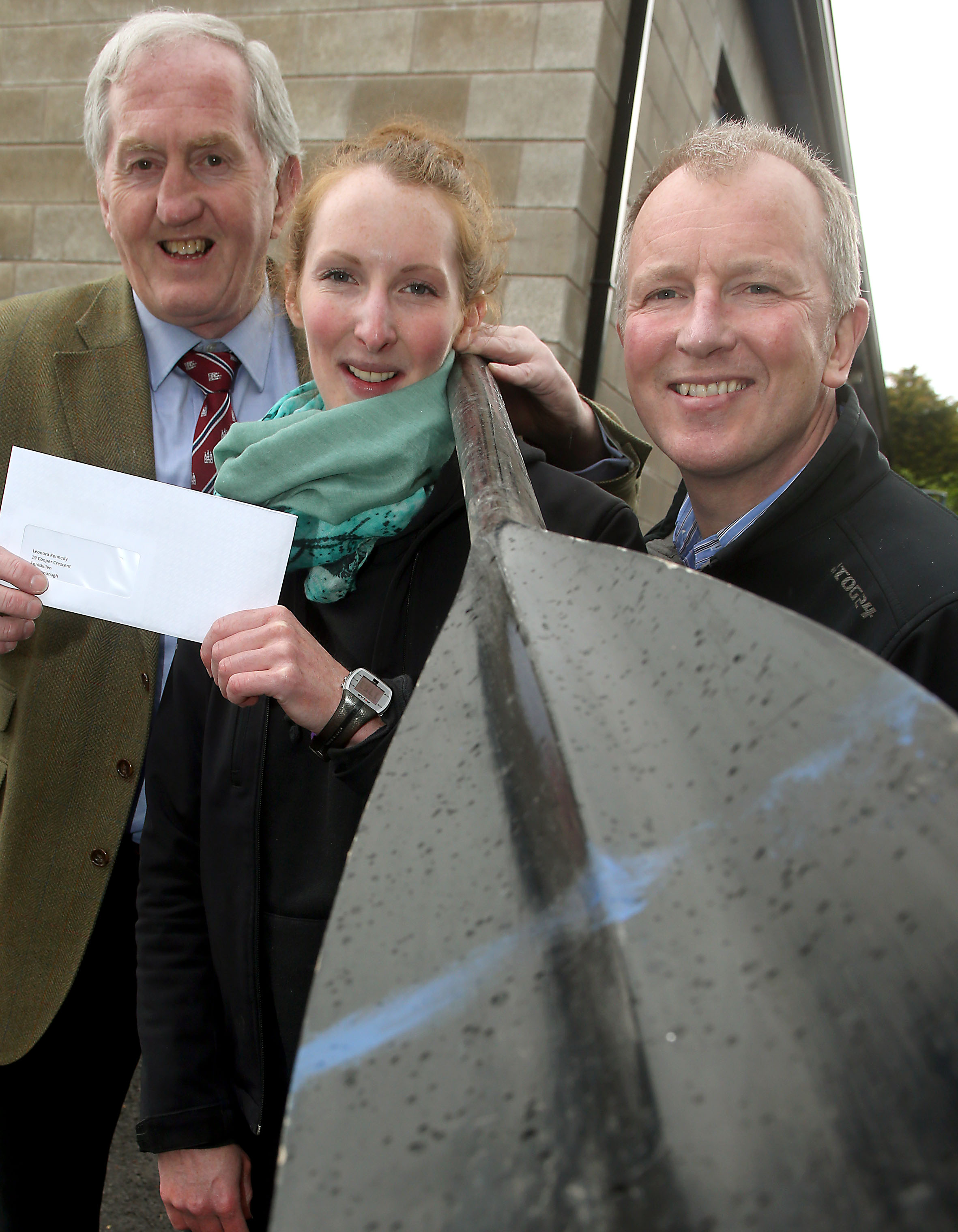 
Rower Lloyd Seaman is a former member of Potora Boat Club and the Irish Junior Team where he won a number of medals at European level and at Irish Championship level. Currently in his final year at Durham University where he is a member of the rowing team, Lloyd has won a number of medals in the British University College Sport Competition.  After achieving top results at U23 lightweight level, he is seeking to move onto the Irish Senior U23 squad for summer 2015. Lloyd shows his passion and determination by committing himself to the trialling process which means regularly travelling from Durham to Cork for training camps and trialling weekends.

Also supported by the fund is Enniskillen Tennis Club, a cross community club with 100 adult members and 100 junior members. One of the big successes for the club to date includes the Mount Lourdes Senior Team (all six girls coached at the tennis club) winning the Ulster School’s Tennis Cup in 2014 – the first time the cup has moved outside the Belfast area. The club are also proud of their pro-active outreach activities in the community which they are keen to expand on. For example, coaches have been involved in shared education programmes, working with schools highlighting the health benefits of getting involved in tennis as a way to keep fit and healthy.


Over the past 12 years the Tennis Club has developed through the services of full time tennis coach Matthew McGann. So successful has this been that a few years later they required the services of a second coach. Now once again, thanks to increasing numbers, the club require a third coach. The club will use their grant to increase the range of coaching services available and bringing tennis to a new audience.


Pat Cassidy, trustee of the Fermanagh Recreational Trust said “We are very pleased to help towards fees, training, equipment costs etc for these outstanding individuals and organisation. Lloyd and Leonora, who have already proven so much in their chosen fields, have all the qualities to become excellent ambassadors for Fermanagh. It’s also great to see Enniskillen Tennis Club continue to develop their programmes, increasing levels of participation by young people and the wider community.


Applications for the next round of funding from the Fermanagh Recreational Trust will close August 2015. For more information CLICK HERE