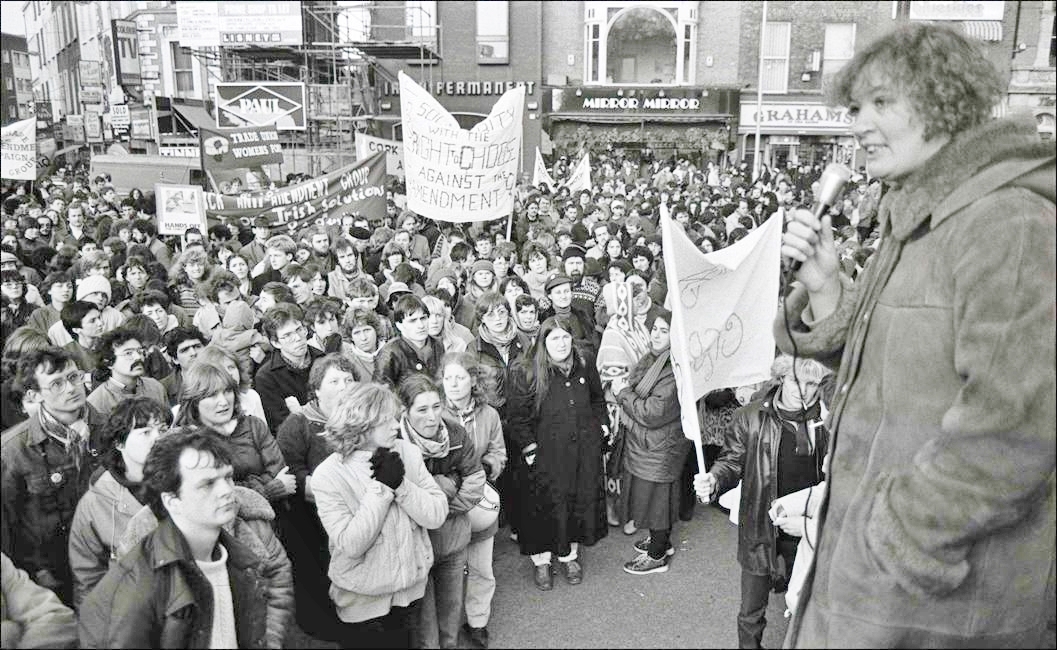 The film ‘Inez: A Challenging Woman’ is based on an interview she gave to her friend, writer Susan McKay, in October 2012 shortly after Inez learned she had inoperable cancer and had just weeks to live. It also includes interviews with friends and colleagues of Inez, including former US Secretary of State Hilary Clinton, President Michael D Higgins, former President of Ireland Mary Robinson, former president of the Irish Congress of Trade Unions (ICTU) Patricia McKeown and leading human rights lawyer Michael Farrell. Inez’s husband, Vincent McCormack is also interviewed. The film recently won the Best Short Documentary Award at the prestigious Galway Film Fleadh.

Born into a conservative Protestant home in Holywood, County Down, Inez became one of the most dynamic union officials in modern history. She became a champion of the working class women who had formerly largely been ignored by the Trade Union movement and was elected the first female leader of the ICTU. In 1998 she played a pivotal role in persuading people from some of the most divided communities in Northern Ireland to support the Good Friday Agreement.

The 32 minute film, which features a wealth of freshly discovered archive, including Inez speaking to the New York State Legislature and appearing at the first ICTU conference for women, was filmed over an 18 month period in Belfast, Dublin, New York and Washington DC. She was a passionate advocate of social justice. As Mary Robinson comments in the film, “For women, she was a towering figure”. The guest speaker at the event on the night in Fermanagh House will be Director of the film Trevor Birney.

Lauri McCusker, Director of the Fermanagh Trust said “We are honoured to be hosting the Fermanagh premiere of ‘Inez: A Challenging Woman’ and looking forward to hearing from Trevor Birney and others about Inez’s career in bringing about social change”.

There is no charge for tickets to the screening; however donations to the Inez McCormack fund would be welcome on the night. Spaces are limited. To book a ticket call Hazel McFarland at the Fermanagh Trust 028 66 320 210 or email hazel@fermanaghtrust.org