Four talented young sporting individuals have received funding awards from the Oisín McGrath Foundation. The Foundation was formed in memory of 13 year old Oisín McGrath from Belcoo and is inspired by Oisín’s life and formed both to keep his spirit alive and to inspire others through his memory, in particular through youth sports development. Administered by the Fermanagh Trust, the Oisín McGrath Foundation provides financial support to young people who demonstrate exceptional commitment and/ or ability to the world of sport.


First to receive their award was Naoise McManus, a 12 year old squad gymnast with Killeevan Gymnastics Club. Naoise will be competing at Tigers International Acro Cup in England this April along with numerous gymnasts from throughout Europe. The Oisín McGrath Foundation award will be used towards funding Naoise’s participation in this competition and further Gymnastics Ireland Competitions later this year in her trio. 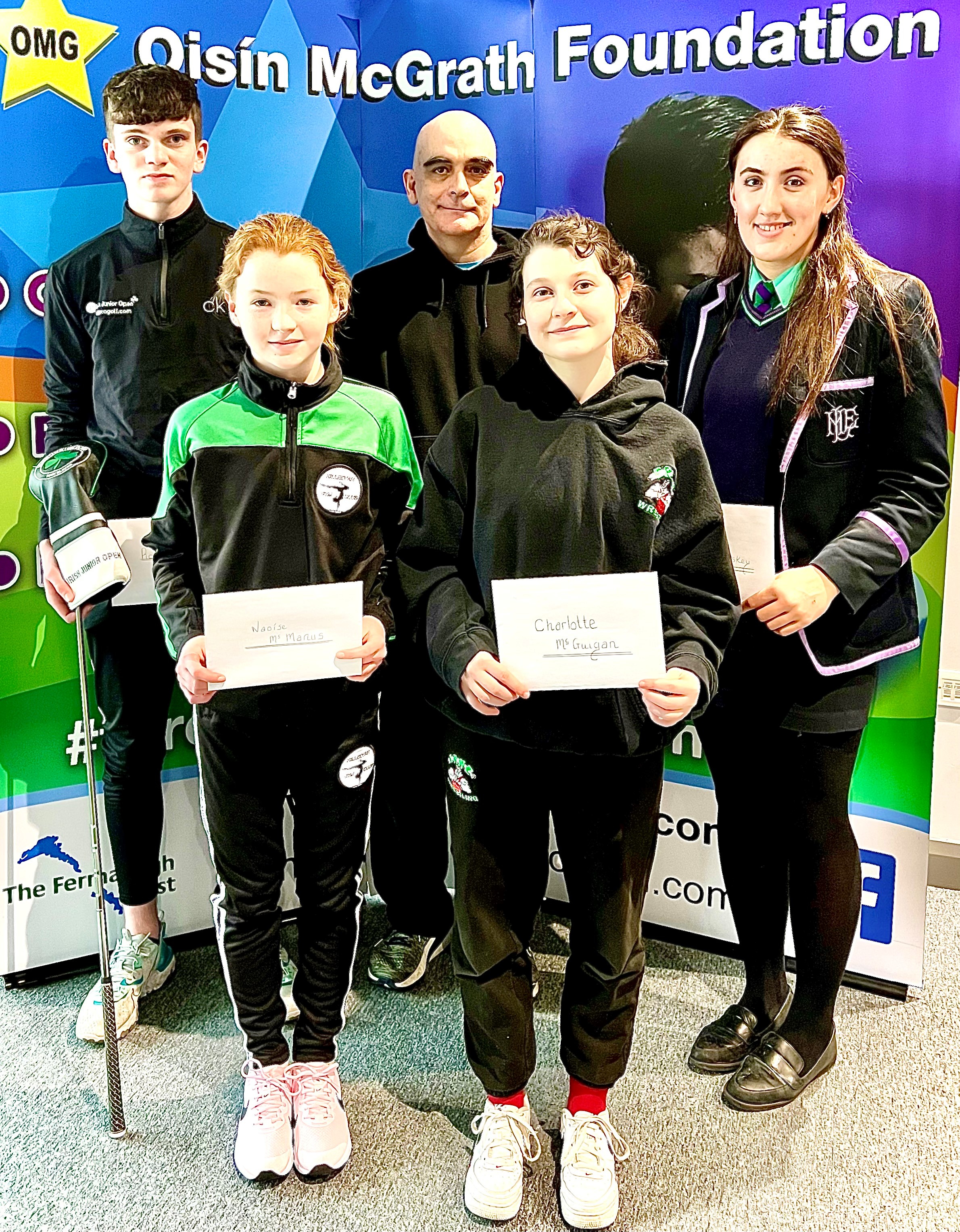 16 year old Rory Browne has been competing successfully in Golfing competitions and aims to take part in the Irish Junior Open Events and Champions of Champions events where he can challenge himself against some of the best golfers in his age group from Ireland and further afield. During lockdown with golf courses closed, Rory continued practising in his back garden.  His local club has awarded him Golfer of the Year and Most improved Golfer after a number of 1st and 2nd place finishes in Junior Open Tours.  Rory will use his bursary toward new equipment to further his golfing potential.


Mount Lourdes student Farrah McCloskey is part of the Ulster U18 Rugby Team competing nationally and is aiming to be selected for the Irish Team this year.  Farrah’s award will go towards travel and equipment costs all of which will help with the development and progression of her overall performance in rugby.


Finally Charlotte McGuigan, newly qualified referee and competitor for Erne wrestling, will use her bursary to help fund a Level 2 Coaching Certificate. The youngest female with Level One in Northern Ireland, Charlotte represented NI in Helsinki last year, bringing back bronze. Three nights a week Charlotte helps coach with junior Erne Wrestling sessions. It is her hope to be an ambassador for wrestling and females and inspire other young females to enter the sport.


Nigel McGrath commented “The Foundation brings opportunity to others alongside celebrating Oisín’s life and his love and commitment to sport. We are pleased to be able to make these grant awards to these wonderful talented and committed young people. A token of our congratulations in their success to date to help as their progress in their sport. It is our hope that in the future we can support even more young people and groups, assisting them in their sports development in memory of Oisín.”


Applicants to the Oisín McGrath Foundation must be between 11 and 18 years of age and residents in Fermanagh or the surrounding area. The Fund will open again later in the year, closing Friday 6th May 2022. For more info CLICK HERE / E: gemma@fermanaghtrust.org / Tel: 028 66 320 210