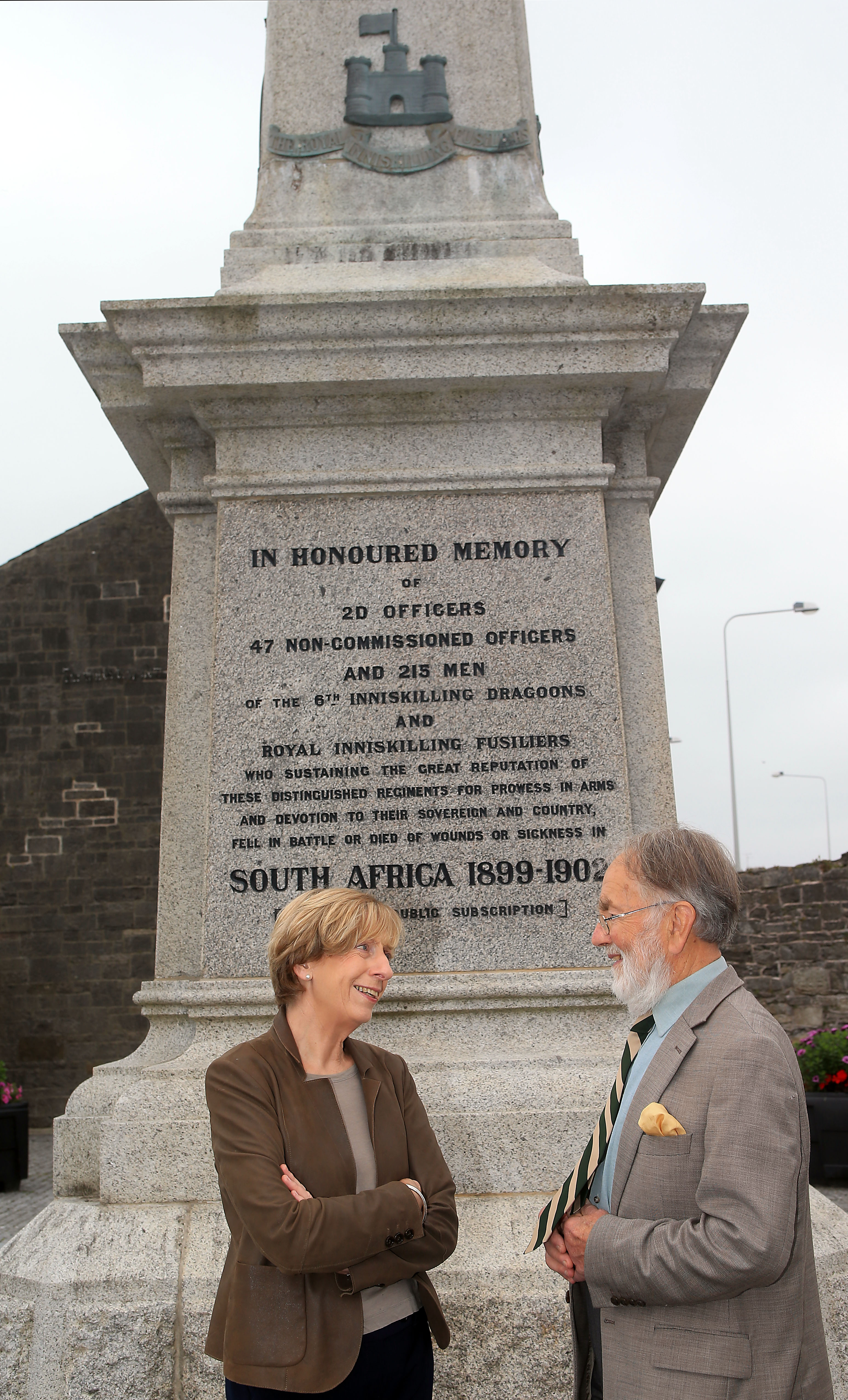 The Fermanagh Trust has provided a grant to the Inniskillings Museum for improvements to the South Africa War Memorial. The Memorial, beside Enniskillen Castle, commemorates the men of the 6th Inniskilling Dragoons and Royal Inniskilling Fusiliers who died in the campaign 1899-1902.

The names and text carved into polished granite were originally in-filled with paint. Over the ravages of time, the paint had long disappeared leaving the lettering almost impossible to read. This spurred the Inniskillings Museum to chair a small committee to restore the Memorial. The project is now complete and the lettering has been filled with paint specified by the Commonwealth War Graves Commission.

The Committee also felt that some interpretation was needed on the causes and conduct of the war, and the part played by the Inniskilling Regiments. It was decided that a free-standing lectern-style sign should be erected on the South side, accessible to people in wheelchairs or with visual impairment who may not be able to get close enough to the memorial to read the text.

Mark Scott, Chair of Trustees at the Inniskillings Museum said “The willingness of Fermanagh Trust to produce the balance that we needed was much appreciated. We are very pleased with result and it is good to see people coming to the Memorial now able to read the names and discover what this War was about.”

Joanna McVey, a Trustee of the Fermanagh Trust added “We are delighted to have been able to support the restoration of lettering on the Memorial.  Not only is it fitting that the names of those who gave their lives are visible once more but they also enhance the significance to one of Enniskillen’s most enduring landmarks.”