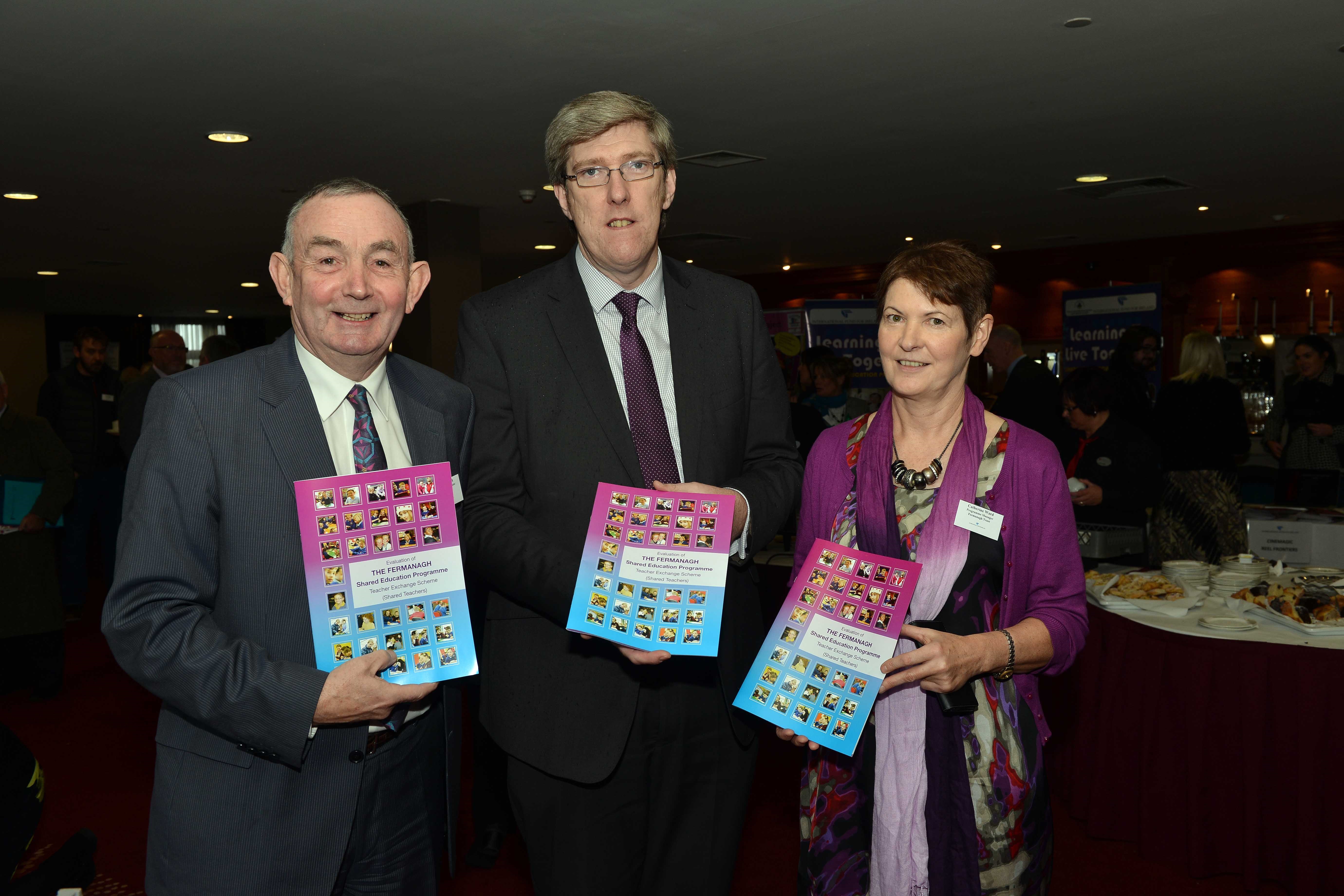 A number of principals and board of governors from Fermanagh schools attended the International Fund for Ireland Sharing in Education conference, 20th November, during which the Fermanagh Shared Education programme was highlighted.

In particular the success of the Fermanagh ‘Teacher Exchange Scheme’ was featured at the conference. The Fermanagh Trust launched an independent evaluation report on the scheme and presented it to the Education Minister John O’Dowd MLA.

Six Fermanagh primary school partnerships, involving 17 schools, piloted the scheme as part of their shared education programme. It involved schools from one managing authority providing a teacher for a school, or schools, from a different managing authority to that of their own. The evaluator of the scheme Andrew Walsh from Pro. Ed Consulting was one of the keynote speakers. He presented findings to over 200 delegates present.

Across all schools the Teacher Exchange Scheme proved to be a very worthwhile and important initiative. The report found that teaching and learning had been enhanced and there were improvements in the children’s standards and achievements. The shared teachers benefitted from significant professional development and have been up-skilled in areas of the curriculum where previously they felt less secure. At a whole school level important areas of the curriculum are better organised, resourced and delivered with the good relations between schools being further strengthened.

In addition to educational benefits the scheme has of course promoted respect for diversity and community cohesion. The report concluded that the Teacher Exchange Scheme is an important initiative that could be rolled out on a regional basis. Shared teachers, as part of a shared education model, can provide a cross-sectoral solution, for small rural schools, in the current area-planning process for primary schools.

The conference comes shortly after the Educational Minister signalled his intentions on advancing shared education. Speaking at the event he said to expect good news on funding and commended those involved with projects as part of the programme over the last 5 years. “Tens of thousands of local pupils have benefitted during that time and it is this kind of sharing across and between sectors that we will be seeing more of as schools continue to collaborate and establish partnerships that deliver real educational benefits for pupils”.

The Fermanagh Trust also launched a short video of the Teacher Exchange Scheme between Killyhommon Primary School and Derrygonnelly Primary School. Both principals and the teachers involved discussed how their schools have benefitted from the scheme. Joan Cathcart, principal of Derrygonnely Primary School said “We can work together; we can benefit each other, while respecting the ethos and the culture of each other’s schools”.