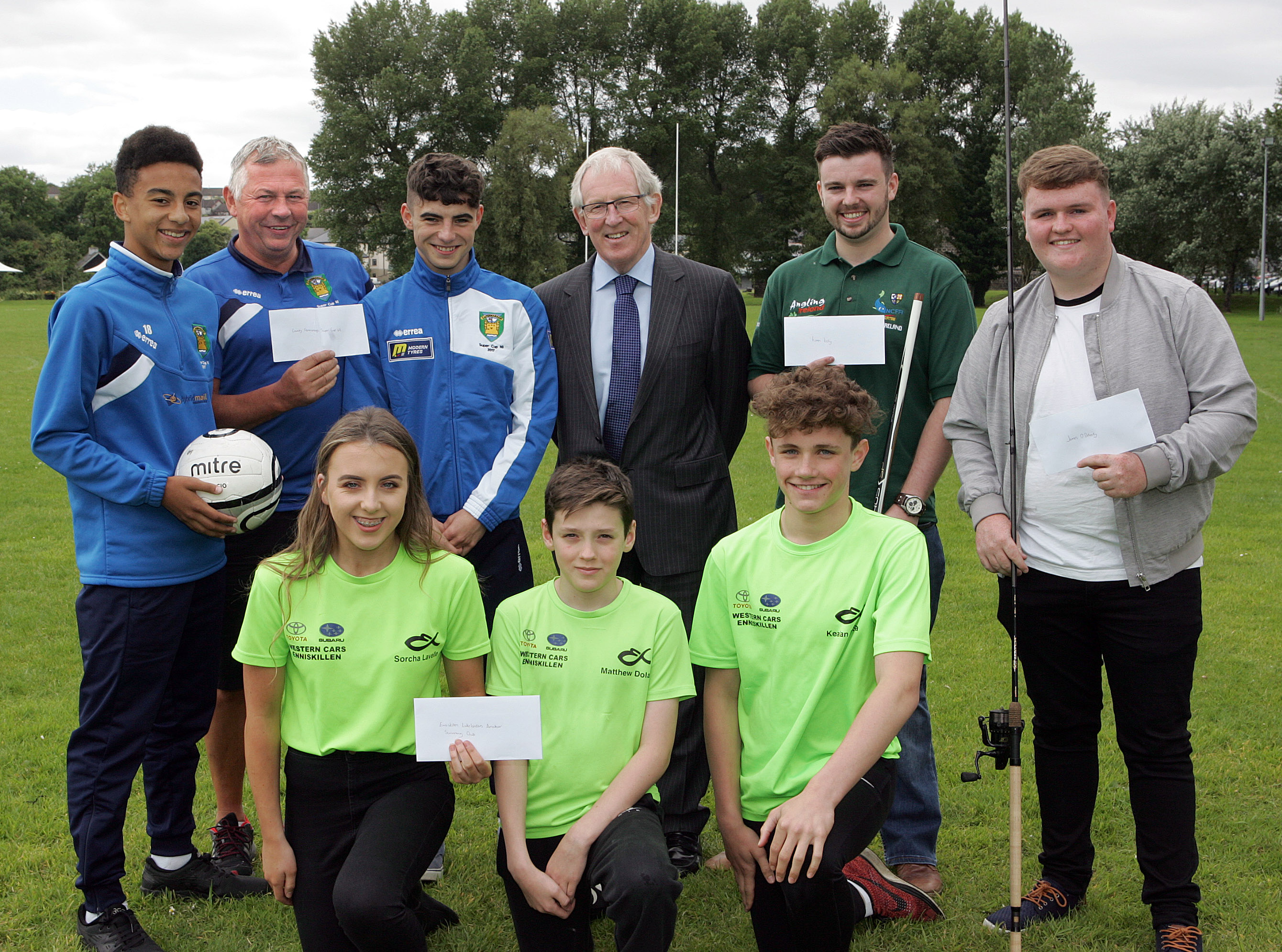 
As a member of Enniskillen Royal Boat Club, Ross Corrigan has had immense success in his sport in a short space of time, rising through the ranks to win first place a the Irish Indoor Rowing Championships after only two years. Ross will use his bursary towards his intense training routine ahead of attending the European Regatta Coupe De La Jeunesse in Belgium later this summer.


Footballer Josh Brownlee received his grant for training and equipment costs. As a member of Linfield U17, Josh trains twice a week in Belfast with NI international goalkeeper Roy Carroll. He has been praised by his coaches for his talent and determination, with all the ability to one day play at the highest level. 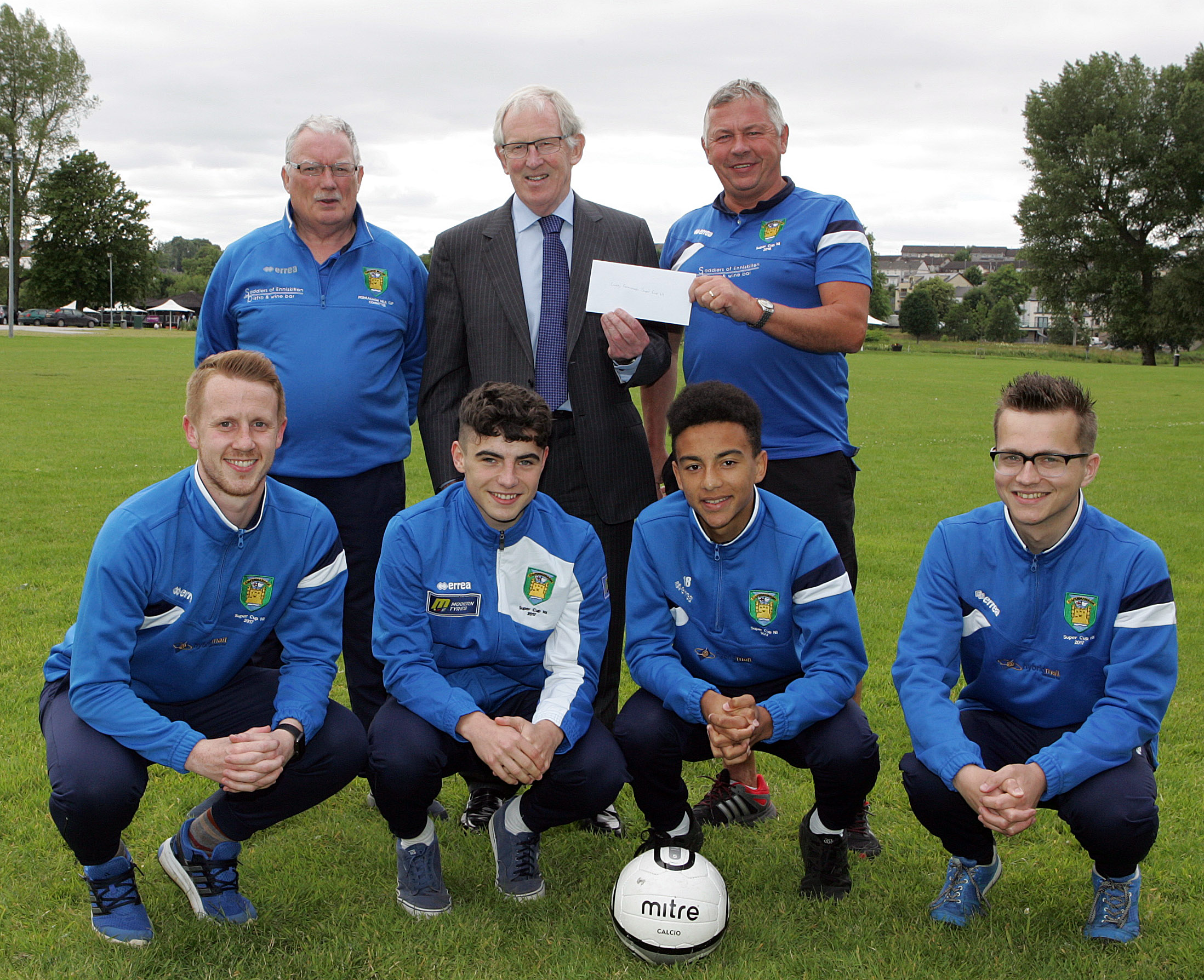 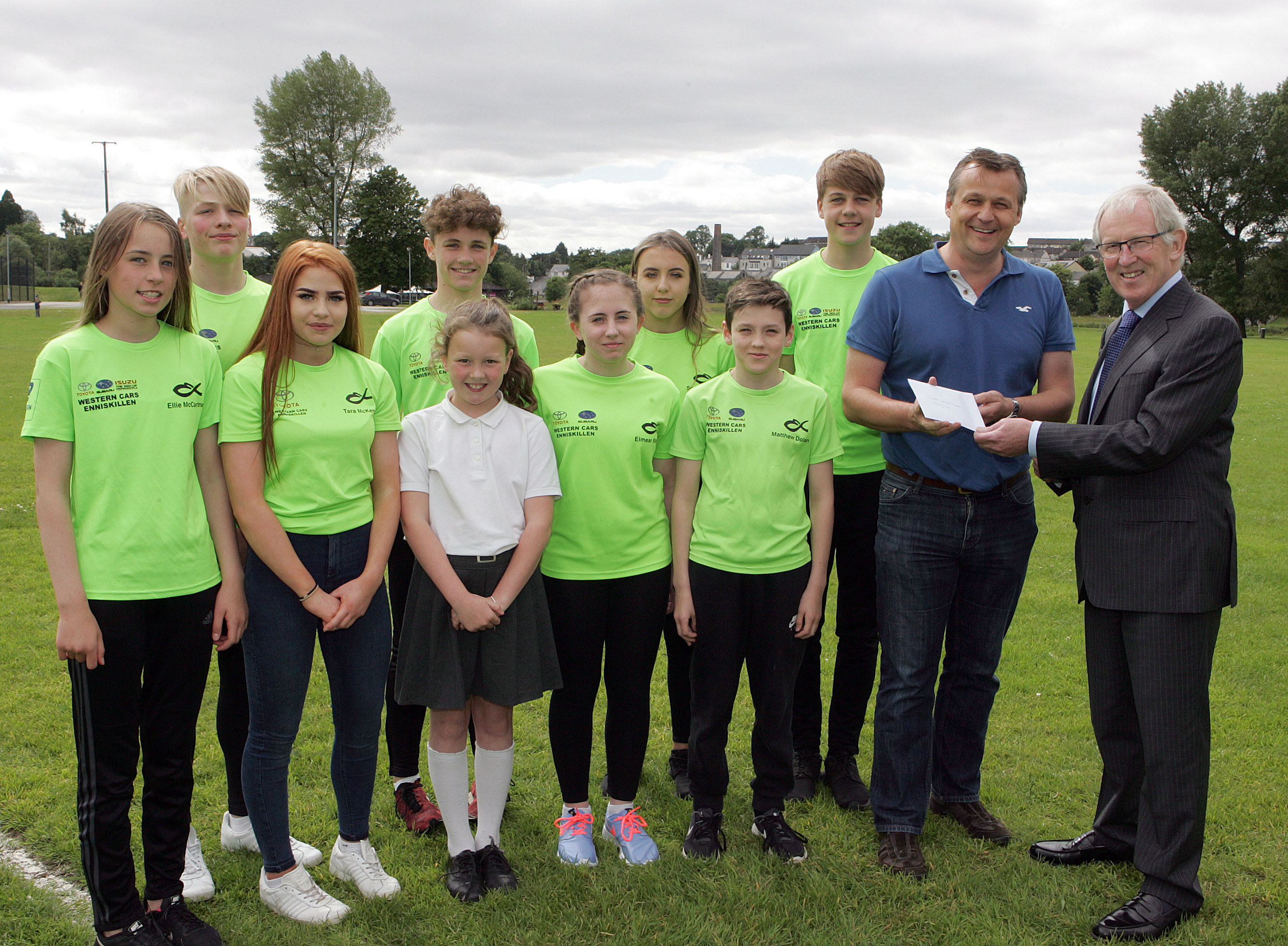 James O’Doherty and Kieran Kelly have shown huge potential in their chosen sport of fishing, having represented Ireland on several different occasions. The anglers will use their grant awards to support their training costs ahead of tournaments this summer. James is attending the Senior World Angling Championships in Belgium and Kieran will be attending the Youth World Angling Championship in Cork.


County Fermanagh Super Cup NI will be sending two youth soccer teams at U15 and U16 age level to take part in the Super Cup NI tournament at the end of July. Their grant will go towards equipment and coaching costs as the teams prepare for this prestigious tournament. Enniskillen Lakelanders amateur swimming club, which has over 100 members, will use their grant for coaching costs. The club is recognised as having a competitive presence both regionally and nationally, having fielded successful teams in league competitions as well as numerous individual events. 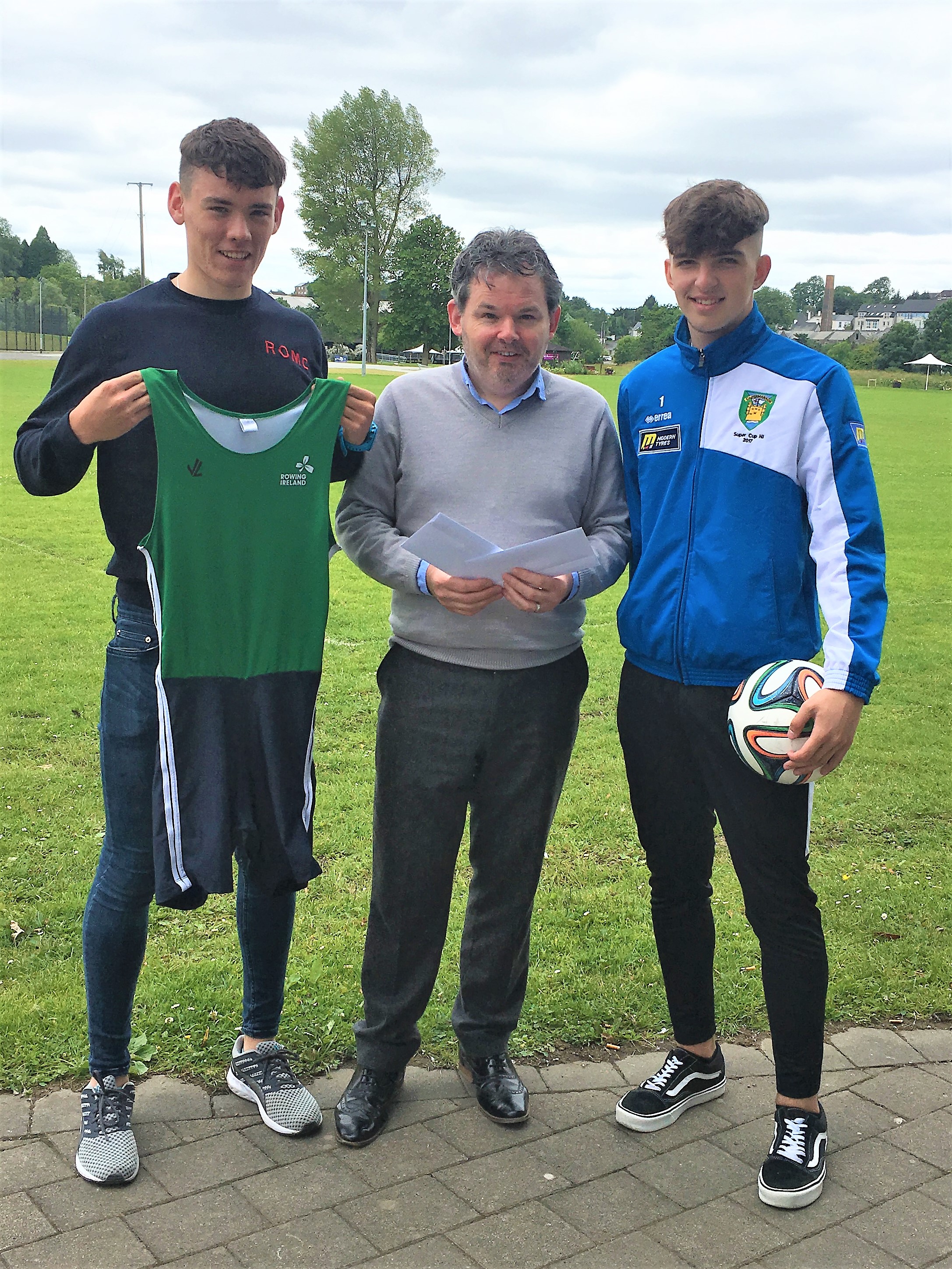 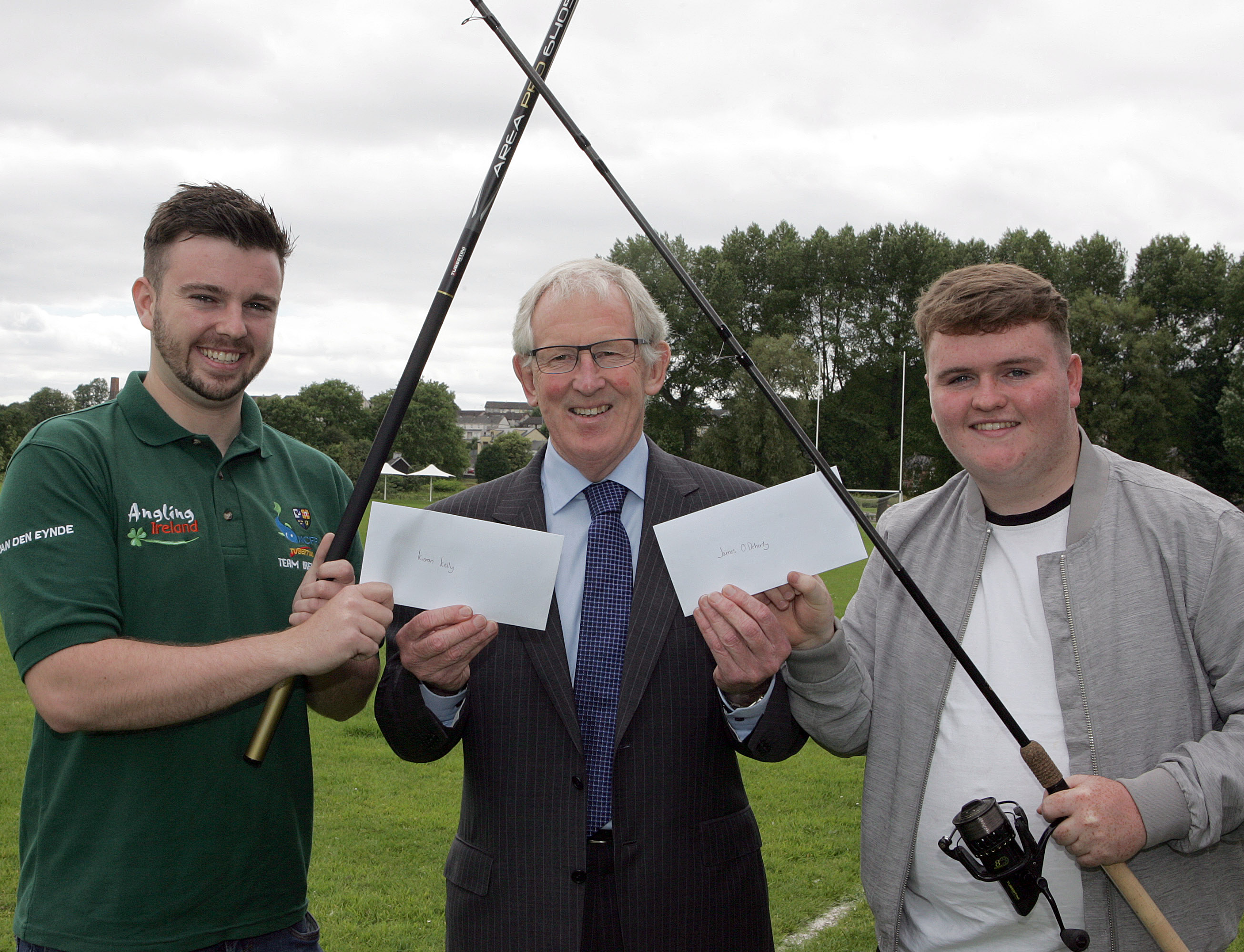 James Cooper, trustee of the Fermanagh Recreational Trust said “We are delighted to be in a position to support our talented local sports stars with these grant awards. Ross, Josh, James and Kieran, who have already proven so much in their chosen fields, have all the qualities to become excellent ambassadors for Fermanagh. It’s also great to see Enniskillen Lakelanders Amateur Swimming Club and Fermanagh Super Cup NI continue to develop their programmes, increasing levels of participation by young people and the wider community. Congratulations and we wish each of them every success."

Applications for the next round of funding from the Fermanagh Recreational Trust will close 31st August 2017. For more information or to download an application CLICK HERE