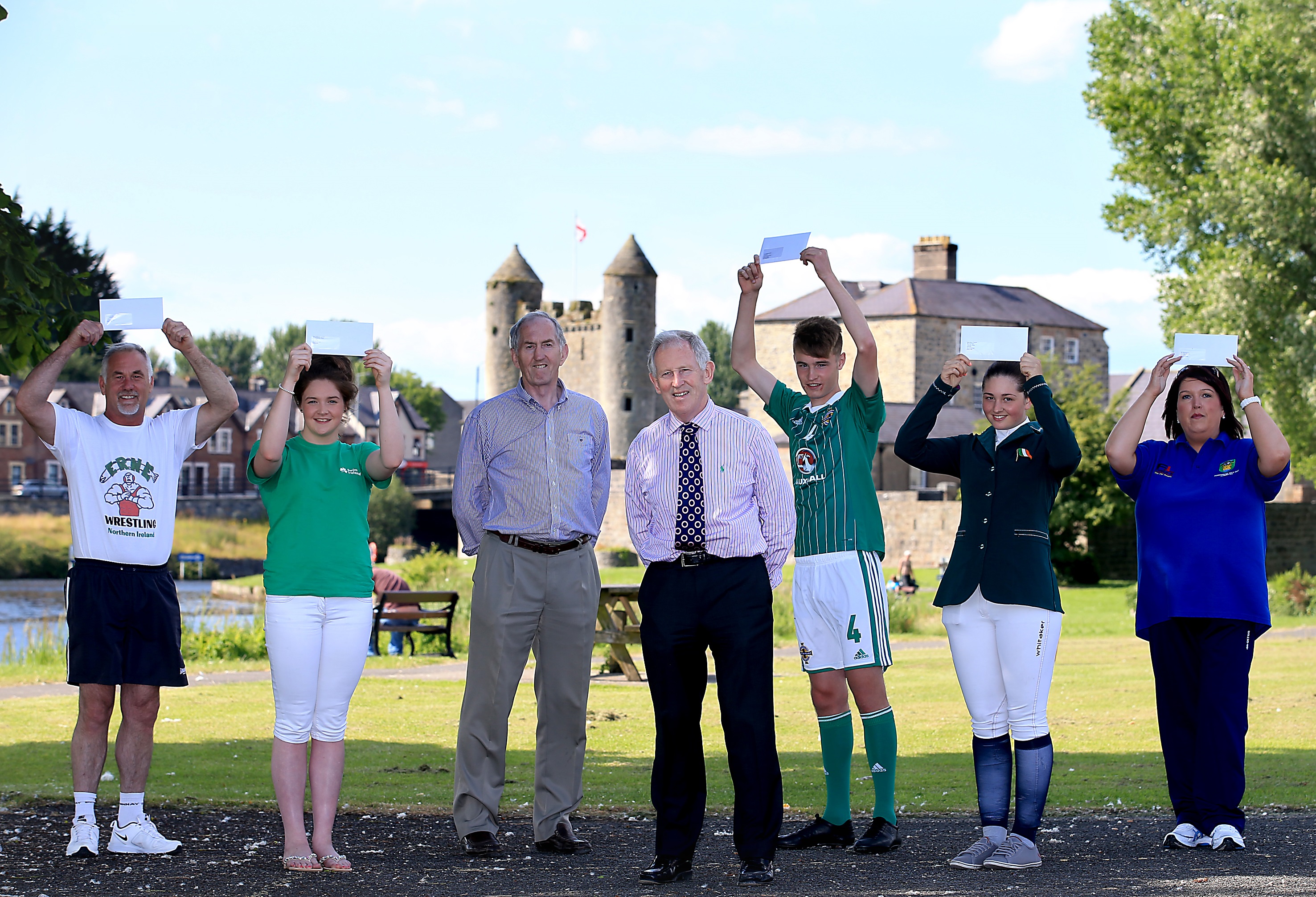 The fund administered by the Fermanagh Trust supports the organisation, development and funding of recreational activities and facilities in County Fermanagh with particular emphasis on young people and youth development.

Leonora Kennedy from Enniskillen is currently part of the Senior National Rowing Team at Rowing Ireland. She was 10th in the World last season, has won numerous medals and is aiming to qualify for the Olympic Games in Rio 2016. She is a full time athlete at the National Rowing Centre in Cork, spending up to six hours a day, seven days a week training for her sport. The demands are extensive, not only physically and mentally but also in terms of the financial burden to support training at this level. Leonora said “I’m so thankful for this support from the Fermanagh Recreational Trust. I have a number of competitions coming up, so this grant will prove incredibly useful and of course it’s great to get the encouragement and backing from my home county!” 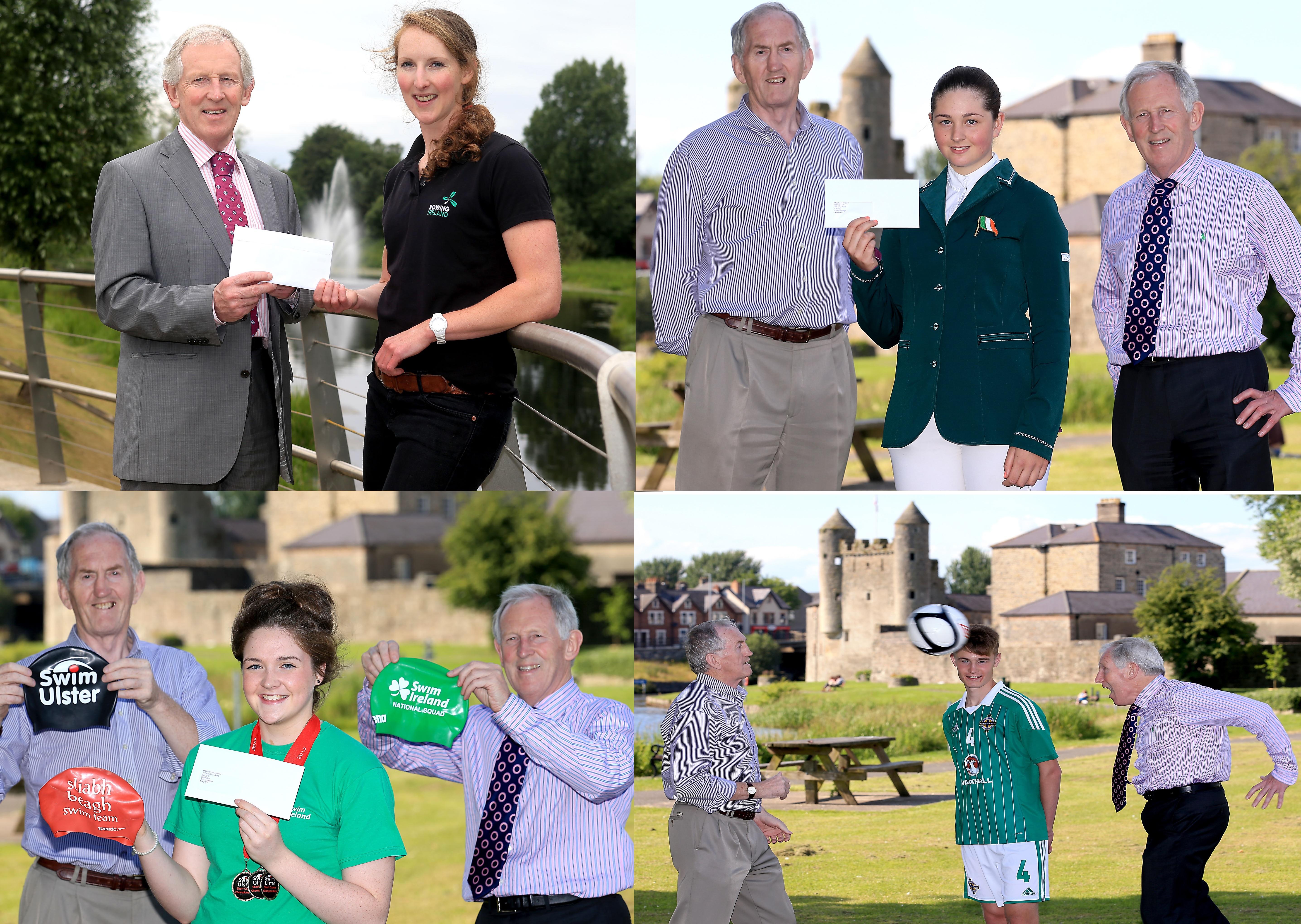 Alannah Leonard has been a member of the Ulster Squad and Irish National Junior Squad since 2011 and is already an Ulster Senior Champion, having won numerous medals and cups. With a packed training schedule, Allanah’s immediate goal is to compete again for the Irish Squad and also has long term hopes of one day competing in the Olympic Games.

Kerry Taggart, ‘Fermanagh Sports Personality of the Year 2012’, is a young show jumper with huge drive and potential. As part of the Irish team she won a Gold medal during the European Championships for Juniors and Young Riders, beating 15 other nations. Kerry hopes to compete for Ireland in even more international championships.

Matthew Smyth is widely considered to be one of the most talented football players of his age in the county. Matthew’s ability and consistent performances with Ballinamallard United Football Club has attracted attention from a number of clubs including Glasgow Rangers where he had a trial last year. He has been a regular with the Northern Ireland U16 squad, having had the chance to Captain his team and once being voted Man of the Match. Recently he became one of a select number of boys to enter the Irish Football Association Elite Programme. 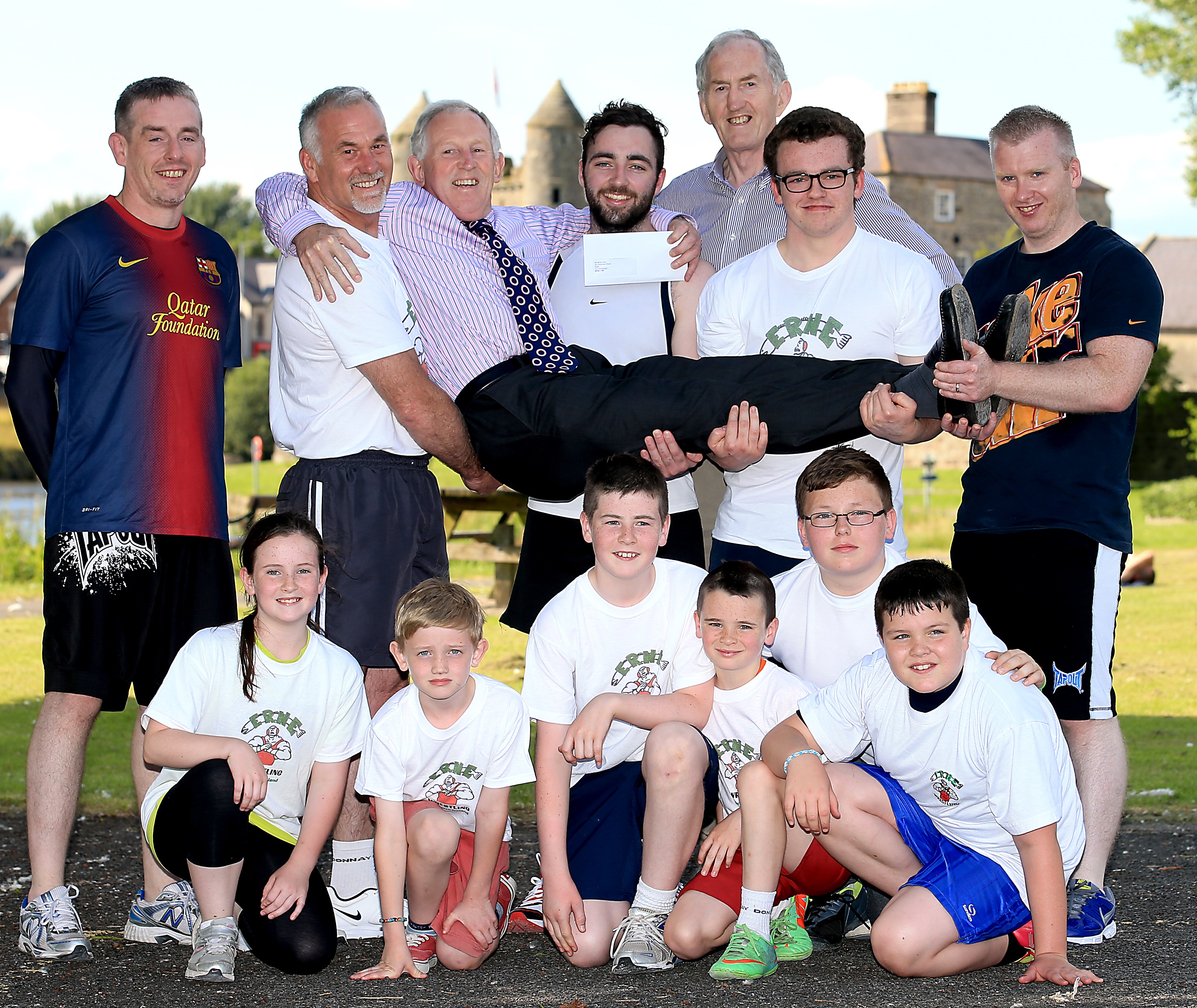 The community based voluntary organisation Erne West Wrestling Club has been recognised by the Fermanagh Sports Advisory Committee as the best new developing club. The head coach and founder Bruce Irwin was named best coach for 2013. In their first year they have developed both junior and senior participants who compete for Northern Ireland at International level. Fermanagh Milk Cup provides the opportunity for local boys, from all sides of the community, to represent their county at the prestigious Milk Cup, a tournament which attracts teams from the English Premiership and all over the world. These organisations have received support from the Fermanagh Recreational Trust towards training, pitch hire, transport costs etc.

James Cooper, trustee of the Fermanagh Recreational Trust said “We are pleased to be able to provide support for these talented individuals and organisations. They have proven track records at being top class in their chosen fields with all the qualities to become excellent ambassadors for Fermanagh. It is important we support and nurture our home grown talent because with their ambition and determination they will be able to achieve even more and fulfil their potential.”

Closing date for the next round of applications to the Fermanagh Recreational Trust is end of Augusut. For me info click here