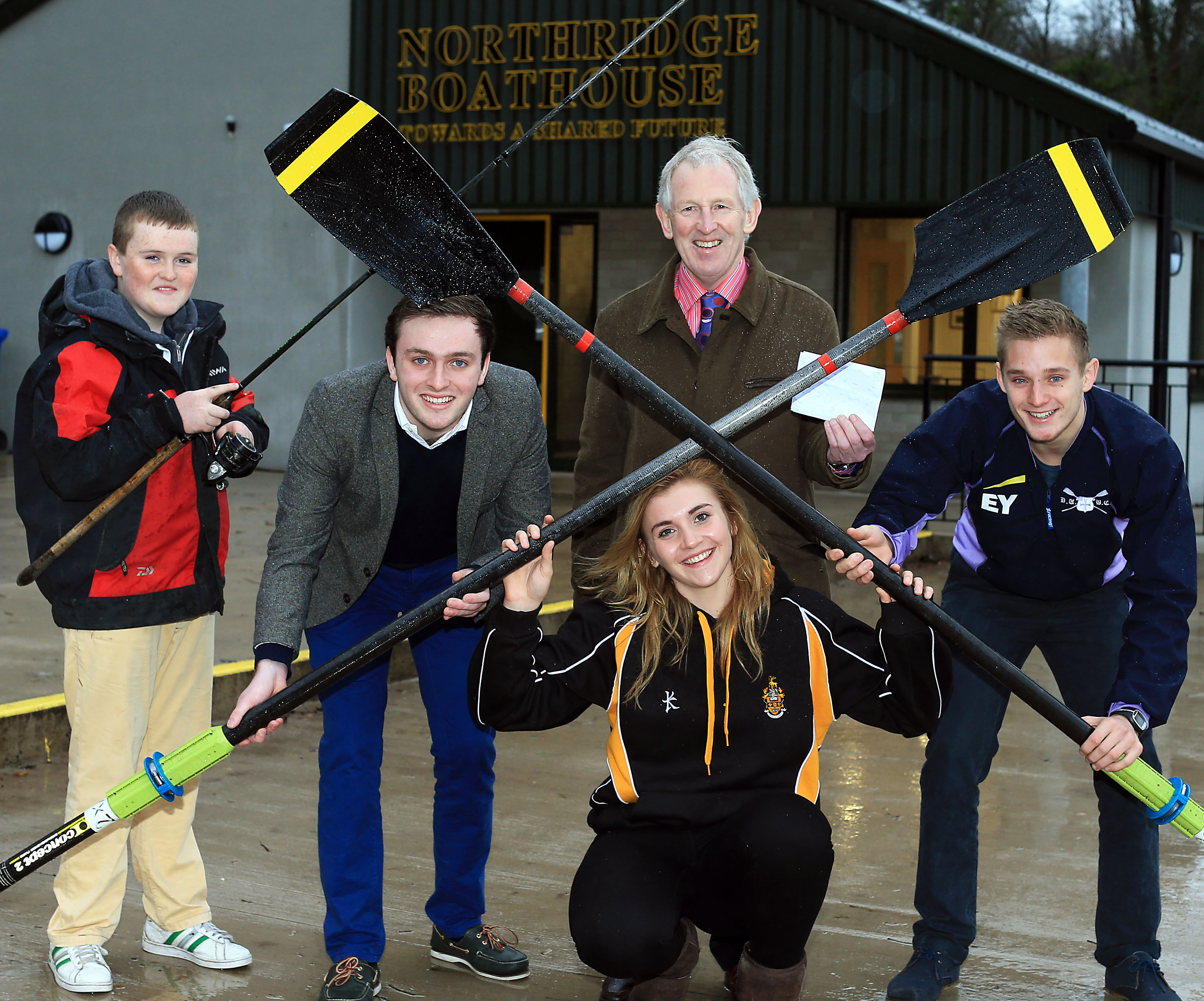 The fund, administered by the Fermanagh Trust supports the organisation, development and funding of recreational activities and facilities in County Fermanagh with particular emphasis on young people and youth development.

Holly Nixon has over the past seven years developed herself as a successful athlete rowing at national and international level. The former Portora student and member of Portora Boat Club has won numerous gold medals at Irish National Championship level. In September 2012 she started at the University of Virginia, which competes at the highest level of competition within the USA and she was successful in being selected for their top crew at the start of the rowing season. Holly hopes to continue her success by competing at the Senior World Championships and the 2016 Olympic Games.

Lloyd Seaman is also a former member of Portora Boat Club. Last year with the club he won Junior 4 and pair in the Irish Championships. Currently at Durham University, Lloyd has successfully made it onto the university rowing team where he has won a number of medals in the British University College Sport Competition. His goal is to row for the GB team and win a medal in the U23 light weight team next year.

Andrew Irwin is currently in his second and final year at Chetham’s School of Music in Manchester in order to pursue a professional classical singing career. It was a big step to undertake the rigorous and challenging routine of a prestigious specialist music school with expert tuition, but it is clear from his school reports that he has applied himself wholeheartedly, making considerable strides and is on his way to achieving his dream. Previously Andrew won Young Singer of the Year two consecutive years at the Fermanagh Feis and he uses every opportunity when he comes home to perform.

When James O’Doherty joined Erne Anglers Club his potential was clear to be seen. At only 15 years of age he regularly wins sections against seniors and has developed an extremely high level of angling skill. James has been Junior All Ireland angling champion on two occasions in the last three years and is currently ranked 17th best U18 angler in the world. His dream is to become a World Champion, representing his country and county, promoting Fermanagh as an ideal fishing destination. With James’ talent at such a young age there is a bright future ahead of him within the sport.

James Cooper, trustee of the Fermanagh Recreational Trust said “We are pleased to be able to provide support for these four talented individuals. Holly, Lloyd, Andrew and James have track records at being top class in their chosen fields with all the qualities to become excellent ambassadors for Fermanagh. It is important we support and nurture our home grown talent because with their ambition and determination they will be able to achieve even more and fulfil their potential”.

Are you a kind and compassionate individual with a proven interest in helping others? We are seekin...

On one of her final few engagements as First Minister, a special meeting was held with Arlene Foste...

Is your community project located within 12 km of Slieve Rushen Wind Farm in South West Fermanagh? ...