Advancing Shared Education - One Year On 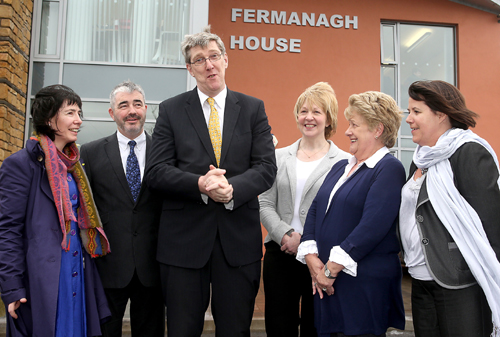 On the 22nd October 2013 Education Minister John O’Dowd MLA made his ground breaking Ministerial Statement to the Assembly on advancing shared education. One year on a number of high profile announcements have been made, with Fermanagh schools helping put Shared Education high up the political agenda.

In his statement, responding to the report from the Ministerial Advisory Group on Shared Education and referring to the good examples he has seen in Fermanagh, the Minister said “Shared Education is not a bolt-on or an optional extra. It is fundamental to delivering good schools and central to my vision that every learner should achieve his or her full potential”.

Summing up the case for sharing Mr O’Dowd said sharing brings educational benefits, builds respect for diversity and good relations, builds equality and builds a confident community. “It is about developing local solutions to local needs, not one size fits all” adding “We need to ensure that sharing is in the DNA of our education system”.

Since the statement the Minister launched the Shared Education Campus Programme under the Executive’s ‘Together: Building a United Community’ initiative and in July he announced the first three projects to proceed in planning. There was a strong interest show by schools in getting involved. The second call for the programme is currently open.

In September there was the joint announcement by First Minister Peter Robinson and deputy First Minister Martin McGuiness that Shared Education will now be funded by the government. £25 million of funding from Atlantic Philanthropies and the Government will go towards Shared Education. Applications for this funding will be open to schools shortly. As well as this, the Special EU Programmes Body has also indicated a fund will be established to the value of £40 million to support Shared Education.

Lauri McCusker, Director of the Fermanagh Trust who have administered the Fermanagh Shared Education Programme since 2009 said “The Minister’s statement last October was significant as it set out the commitment to mainstream Shared Education. It is not a one off project but an approach to improving educational standards and building relationships in local communities. We are delighted the schools and communities across Fermanagh have shown that Shared Education works and the County has been very much the pathfinder of this development. One year on it’s important to reflect on the work that has taken place, celebrate the fantastic progress and look forward to seeing an education system that is enriched by diversity, putting the needs of young people first.”