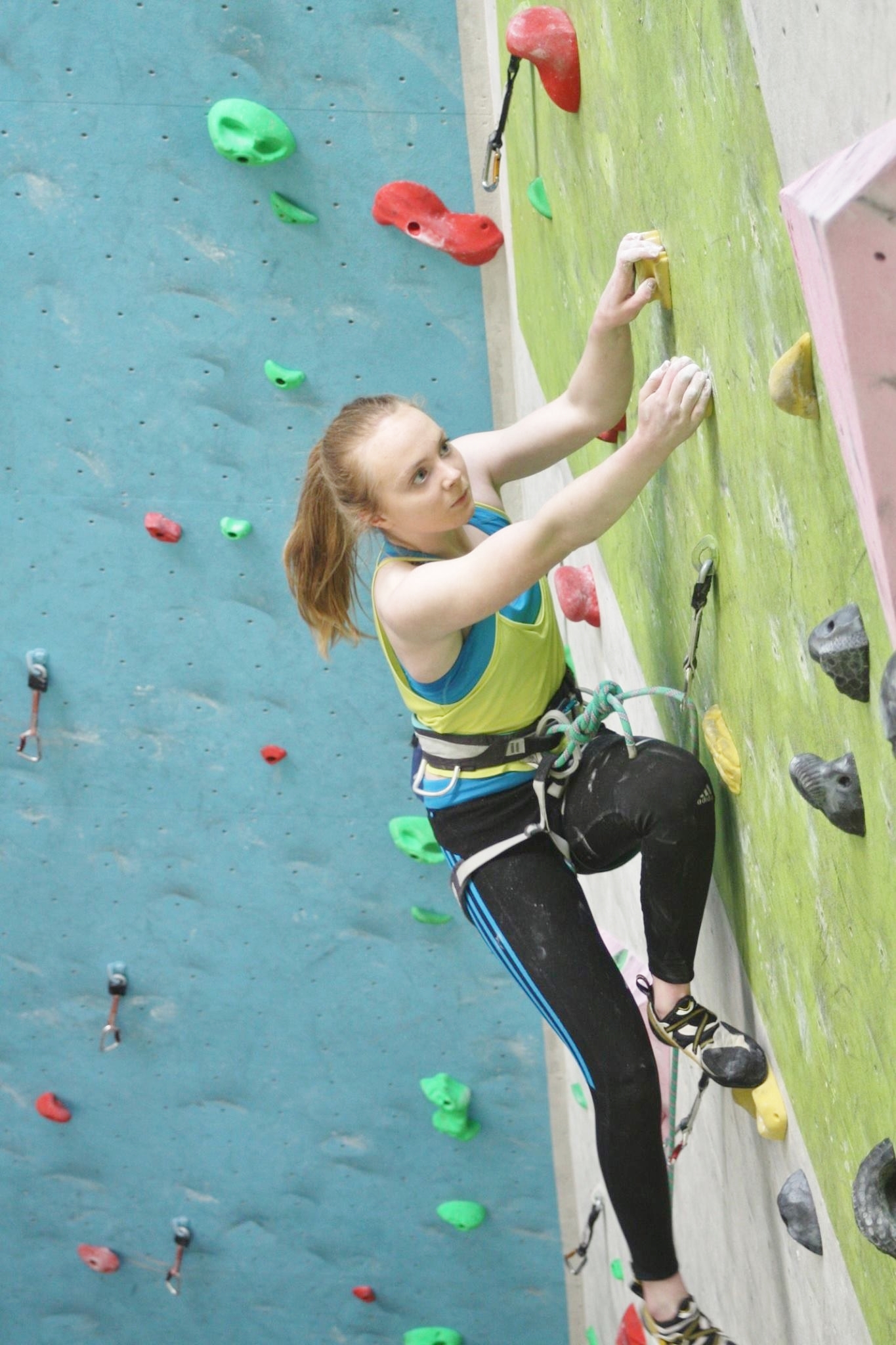 Local stars Matthew Smyth and Victoria Watterson have been awarded Greg Turley bursaries. Footballer Matthew and climber Victoria already have track records at being top class in their chosen fields, with all the qualities to become excellent ambassadors for Fermanagh.

Matthew Smyth is widely considered to be one of the most talented football players of his age in the county. Matthew’s ability and consistent performances with Ballinamallard United Football Club has attracted attention from a number of clubs including Glasgow Rangers where he had a trial last year. Recently it was revealed that the defender is close to signing for English League 2 club Stevenage FC after he was offered a two year scholarship by the club. Matthew attended a week long trial with Stevenage and impressed sufficiently for the club to make him an offer.

Matthew has been a regular with the Northern Ireland U16 squad, having had the chance to Captain his team and once being voted Man of the Match. This year he became one of a select number of boys to enter the Irish Football Association Elite Programme. Matthew is hopeful that his involvement in the 36 week intense training programme will lead to being selected to represent Northern Ireland in the Syrenka Cup in Poland in August and the Under 17 European Championships to be played in Slovenia in September.

15 year old Victoria Watterson has only been climbing for four years but already she has represented Ireland in a number of indoor climbing competitions and gained experience climbing across Europe. A member of the Hanging Rockers Youth Climbing Club based at Gortatole, Victoria’s current goal with climbing is to compete in the European Youth Cup in 2015.

Recently Victoria was selected for the Mountaineering Ireland Talent Development Squad which meets regularly in Dublin. It aims to provide talented young climbers the chance to improve their skills thanks to professional coaching. As a member of the squad Victoria has been recognised as a young climber with the potential to reach a very high level of performance. Her continued dedication to climbing has paid dividends this season, consistently performing well at a wide range of competitions. Based on her current performance and the level of effort that she is making, Victoria surely has a bright future ahead.

Lauri McCusker, Director of the Fermanagh Trust said “Greg Turley was a unique individual who contributed so much to the lives of others; so much so that these Awards were established as a way of perpetuating his memory and of continuing his work of helping others in a practical way. We hope this funding to Matthew and Victoria will help them towards securing their ambitions. They are talented, highly motivated, ambitious and committed and we wish every success in the future”.

For more information on the Greg Turley Awards click here