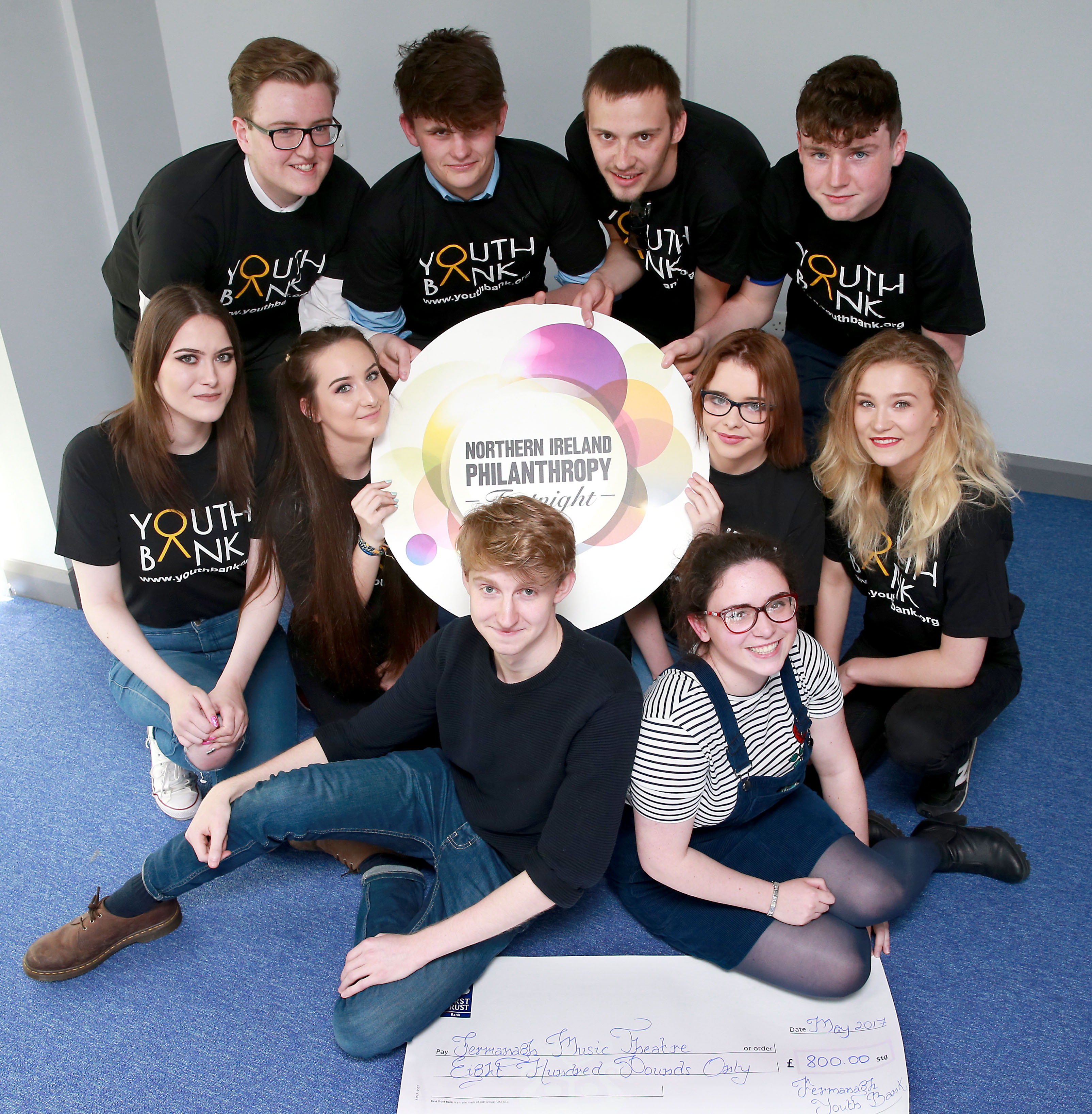 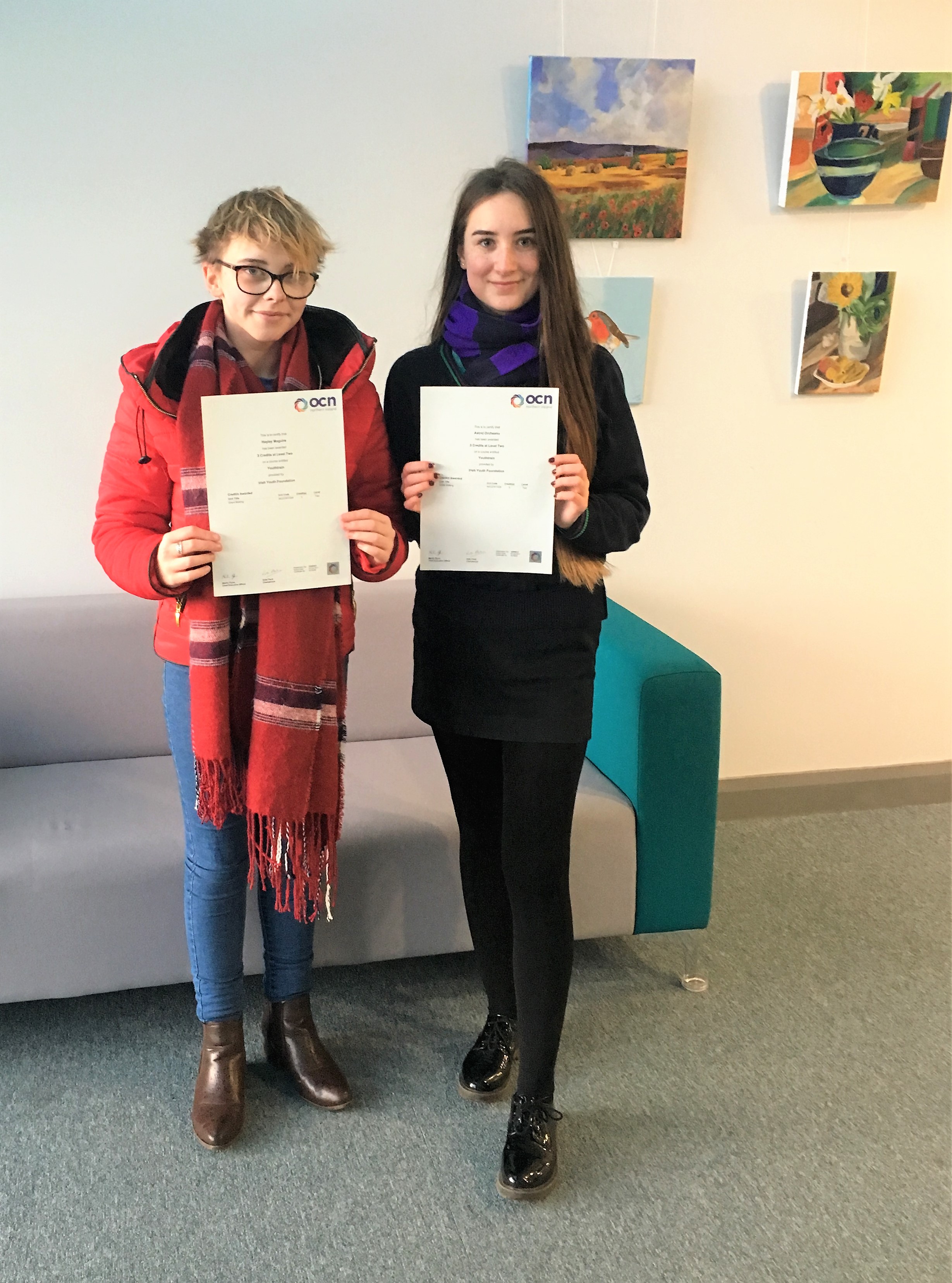 The young people gained the qualification as a result of submitting a portfolio of work outlining the skills and experience gained from their involvement in the Fermanagh Youth Bank team, which included developing knowledge and understanding of the issues facing young people, learning facilitation and workshop skills, a understanding of pr and marketing, as well as building team work skills


Fermanagh Youth Bank was established by the Fermanagh Trust in partnership with Youth Bank Ireland to allocate resources to youth based initiatives, tackling issues of direct importance to young people. This group took complete ownership of the programme leading to their own research, planning, promotion and decision making.


After sorting through and scoring a huge amount of funding applications, the group decided to award grants to local projects by Knocks Drama Group, Action Mental Health, Fermanagh Youth Council and Arney Together. Four youth led initiatives focussing on the areas of mental health and youth pressure.


Lauri McCusker, Director of the Fermanagh Trust congratulating the team on their certificates said “Throughout the Youth Bank process, not only has our group worked hard on making their community a better place for their peers but they’ve increased their skills and gained this qualification and we are so proud of them for that. Thanks to their involvement they have provided local projects with much needed funding which are right now making a positive impact. This is why we do this process, rather than simply giving the money out ourselves - Listen to the young people, because they themselves know what their key needs and priorities are.”